The house at 12th Avenue in which some of the world’s leading figures were hosted in, was until last year occupied by Mandela’s grandchildren, Ndaba, Mbuso and Andile, who are the sons of the late Makgatho Mandela. Makgatho was Madiba’s son by his first wife, Evelyn.

Sunday Times reported that the electric gate is seemingly broken, portions of the roof fascia are missing or collapsing, the tennis court is crumbling and the tiled roof of one of the outbuildings is sagging. 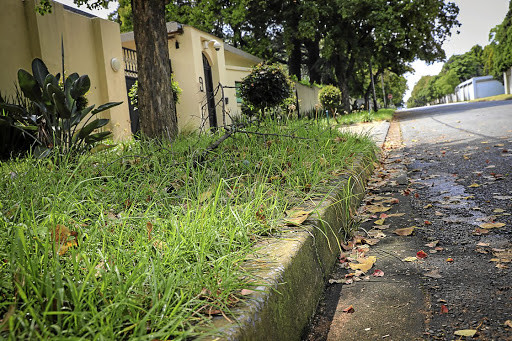 The once-manicured pavement garden where well-wishers placed stones painted with messages of hope shortly before Madiba’s death in 2013,  is now overgrown and littered with rubbish.

It was also learnt that the three brothers lived in the house after Mandela’s death, but Ndaba said they moved out after the Nelson Rolihlahla Mandela (NRM) Family Trust stopped paying the utility bills.

The house is owned by Mandela’s company, Iterele Investments. On his death, Iterele and the house vested in his estate under the control of the executors which include former deputy chief justice Dikgang Moseneke. 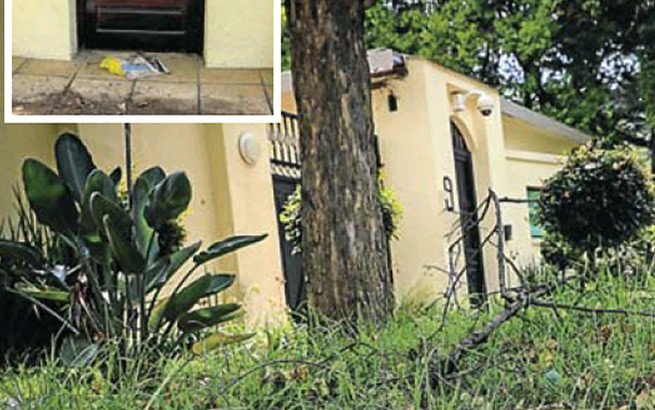 Mandela bequeathed the shares in Iterele, and therefore the house to the trust. However, the estate is yet to effect this transfer.

When the Sunday Times team visited the house last week, a man who opened the gate said it was being sold. He said;

“I have come to help Mandela’s grandsons … We have put furniture in storerooms. From last week people have been to see the house.”

Ndaba Mandela had accused Moseneke and advocate Wim Trengove, a trustee of the NRM Family Trust of displacing him and his brothers by failing to pay the municipal bills. He alleged they wanted to sell the house. Moseneke and Trengove dismissed the allegations, saying the trust stopped paying the bills after they suddenly more than tripled to about R50,000 a month. 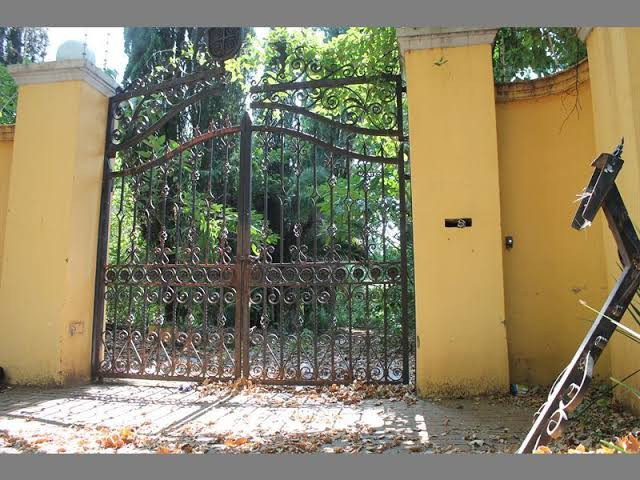 Mandela’s will stipulated that he wanted Makgatho and his children to have use of the house “in perpetuity”.

Ndaba however alleged that trustees failed to stick the willl. He said;

“The trustees decided not to pay for lights in order to kick us out”, and it was the trust’s fault that the house was now an eyesore.

“Moseneke brought people to the house without telling the family so they could do an evaluation. The house is worth between R10m and R15m.”

He added that while the majority of the family had voted to sell the house, “he was one of the few who voted not to. It belongs in the family. I will fight for it, with everything that I have.”

Moseneke on his own part said he had performed his duties “lawfully, honestly and to the best of my ability, properly assisted by two reputable law firms who manage the day-to-day affairs of the deceased estate”.

He added “I have [alerted] the law firms to these manifold bizarre imputations. I have served as executor at no remuneration. I deny any act of impropriety. I will not respond to baseless accusations.”

One of the trustees, Mr Trengrove however stated that the trust had no legal responsibility to contribute towards the house’s upkeep and municipal bills but had to do so because the family “implored the trust to help. 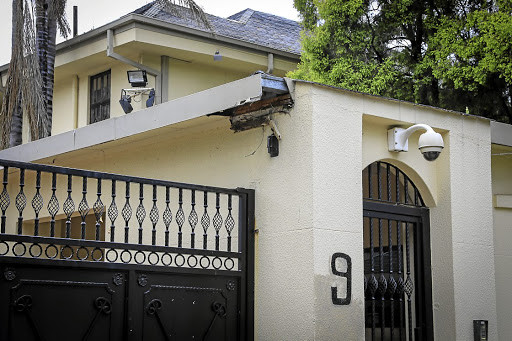 Trengrove reiterated that they stopped paying the bills because they “shot up from about R15,000 per month to about R50,000 per month without any explanation”.

“We resumed payment, and paid all the arrears, when the bills came down again to their former level.

“We stopped paying because we felt that we could not spend R50,000 per month of the trust’s money, for which it had no liability, without any explanation for the inordinately high bills.”

Trengrove also revealed that an “overwhelming” majority of Mandela family members had agreed that the house should be sold “if and when” it is transferred to the trust.

Ndaba however defended the bills increment by stating that it shot up due to a leak. He averred that it was repaired at his cost.

Nigerian lady left traumatized after she got "hypnotized" and duped of N3.2 million by a fake Islamic cleric (video)

Attack on Governor Ortom should not be politicized - Buhari

Author Beta lensPosted on February 27, 2020February 28, 2020
An Uber driver never expected the kind of reaction he got from Nigerians after taking to social media platform, Twitter, to shame a female...
Read More

Author Beta lensPosted on February 12, 2020February 12, 2020
Matthew Kukah, the Bishop of Sokoto Catholic Diocese, lamented about the state of Nigeria while in Kaduna for the burial of 18-year-old Michael Nnadi,...
Read More

Michael Ealy turned down Beyonce for role in her music video

Author Beta Gist Naija StaffPosted on May 6, 2019
Micheal Ealy who recently announced he will be on TV with actress Meghan Goodfor their newly released film, The Intruder has just revealed he turned down a...
Read More

Author Beta lensPosted on March 6, 2021
Man dies after his face is ripped off by seven Pitbulls during his morning walk
Read More