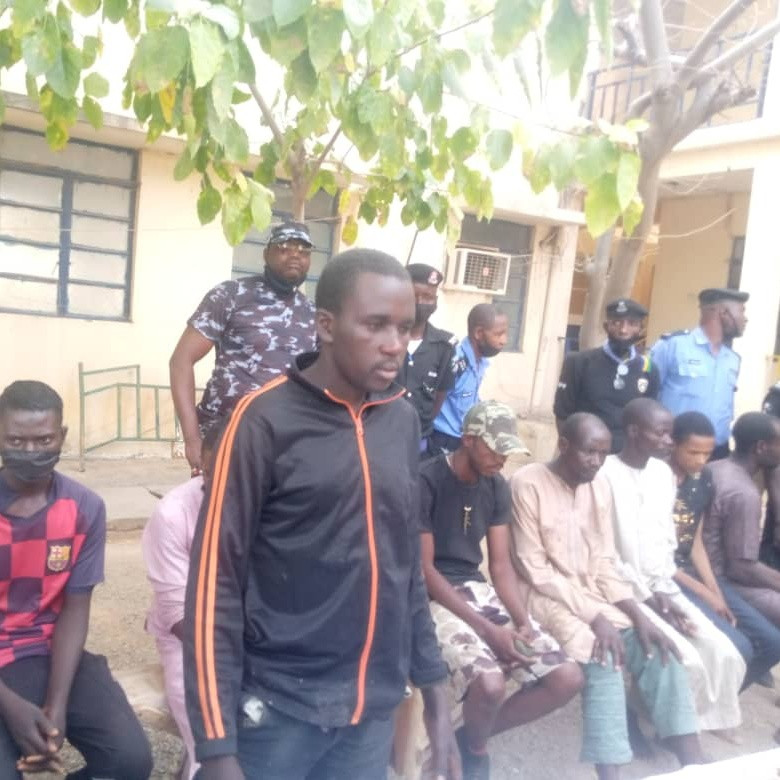 The command’s spokesman, SP Gambo Isah, paraded the suspects alongside others arrested for cultism, human trafficking and theft, at the police headquarters in Katsina on Friday, March 12. 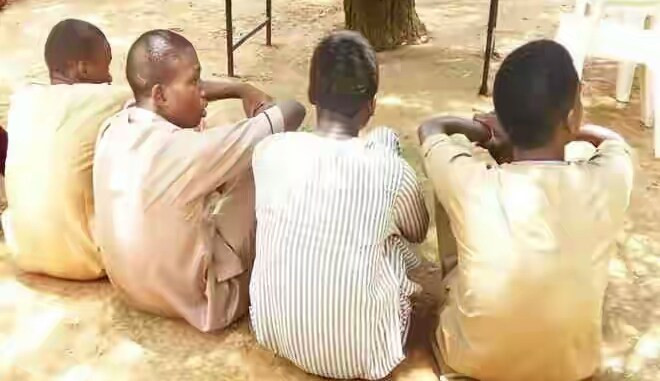 “On the 8/03/2021 at about 2100hours one Mamman Musa reported at Danja Police Station against one Danladi Habibu ‘m’ aged 70years of Hayin Asibity Quarters that on the same date at about 1600hrs the suspect lured his daughter aged 11years into an uncompleted building and have unlawful canal knowledge of the victim. Investigation ongoing.” Isah stated.

“On the 8/03/2021 at about 1700hours one Habibu Abdullahi Bakori of Bakori LGA reported at Bakori Police Station against one Adamu Usaini, ‘m’ aged 19years of the same address that the suspect lured his daughter aged 3years old of the same address into a room and have unlawful canal knowledge of the victim. Investigation ongoing”

The spokesman said “On the 5/03/2021, at about 1800hours, one Adamu Sani of Yammawa Quarters reported at the Central Police Station Katsina against one Usman Abdul ‘m’ aged 24yrs of Sabuwar Unguwa Quarters, Katsina that on several occasion the suspect lured his daughter aged 15yrs who is living with the suspect mother to different locations within Katsina metropolis where he use to have sexual intercourse with the victim as a result of which she conceive 3 months pregnant. Investigation ongoing.”

“On the 3/03/2021 at about 1400hours one Asma’u Garba reported against one Aminu Abubakar ‘m’ of Kofar Sauri Quarters that he lured her daughter one Hajara and had unlawful canal knowledge of the victim. Investigation ongoing.”

Isah also disclosed that the police arrested a 28-year-old man, who raped a girl,13, inside a school in Bakim Dam Quarters.

“On the 7/03/2021 at about 1400hours one Abdullahi Idris of Kafi village in Kankara reported at Kankara Police Station against one Abubakar Shehu,‘m’ aged 28years of Bakin Dam Quarters  that on the same date at about 1600hrs the suspect lured his daughter aged 13years old of the same address into Science Secondary School and had unlawful canal knowledge of the victim. Investigation ongoing.”

You admitted to me about being naked in the hotel room with a man on the night FFK caught you - FFK's first wife, Regina slams his estranged wife Precious Chikwendu

Author Beta lensPosted on March 9, 2020
The Police in Lagos state have arrested a 39-year-old man, Yusuf Bello, who dresses up in military regalia as a guise to operate his motorcycle...
Read More

Author Beta Gist Naija StaffPosted on November 26, 2019
The Coalition of Northern Groups (CNG) has frowned against the rate at which the national donkey herd is being decimated. In a statement issued...
Read More

Author betalensPosted on August 1, 2019
A popular vlogger, who uses a filter to make herself look decades younger, accidentally exposed her real face when a technical glitch occured during...
Read More

Author Beta Gist Naija StaffPosted on May 9, 2019
A 19-year-old Australian woman has confessed that she made false accusations against a Good Samaritan, thus making him lose his job, marriage and spend...
Read More