Update: Landlord who gave his tenant a quit notice, drags her; says she snatched another woman’s boyfriend

The landlord who allegedly served his female tenant a quit notice due to her improper way of dressing has dragged her mercilessly on Instagram. 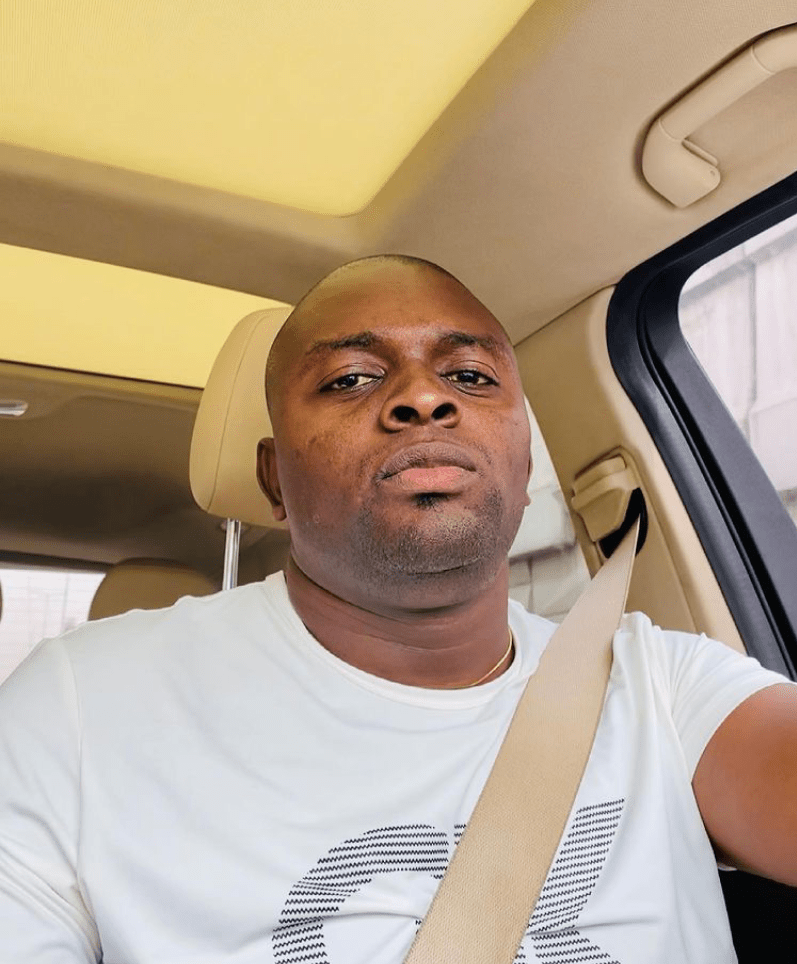 Earlier today, a lady identified as Toju Agbajoh took to her Twitter page to narrate that her landlord is set to evict her from the house today. 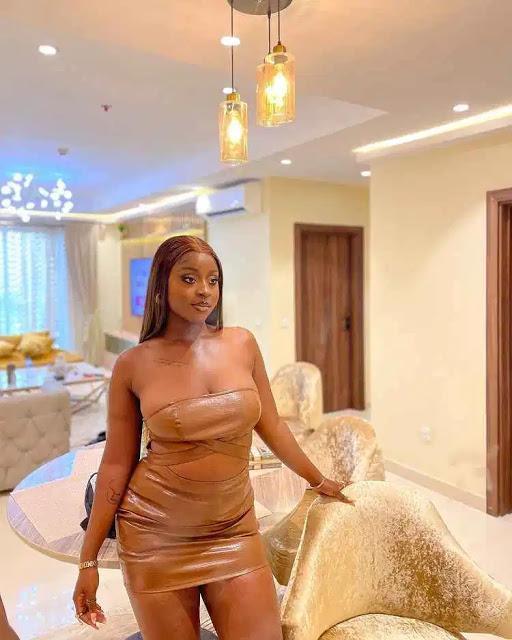 She portrayed the scenario as an act of gender inequalities and prejudices against women.

However, the Landlord, who’s identified as Oladipo Xeview Awesu claims that Toju is an indecent lady who’s untrained. As she was always seen parading herself in the estate almost naked.

He further disclosed that the young lady was almost caught in a mess when a gang of ladies came to beat her up for snatching their man. 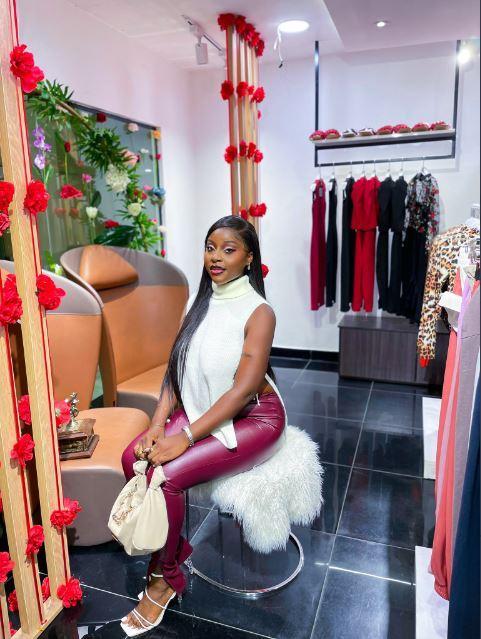 “Toju Agbajoh so you brought your trash to the media and you aren’t ashamed.

You better tell them as it happened and more so all the nasty habits u put up in the estate walking almost naked, beating up the security guard I employed, and your insolent attitudes coupled with how some other ladies came to my estate to beat you up due to the fact you snatched one of their boyfriends while they brought in a squad of policemen men to take you away,”

“I stood in for you cos of my influence after the destruction they caused in my house, keeping girls in your apartment against our initial agreement. And more I can’t bring up here.

There is nothing that would save you right now Toju Agbajoh. And I await whoever Jupiter that would come to your rescue cos you aren’t trained well to be a decent lady. Oniranu Oshi. @lindaikejiblogofficial”  he wrote 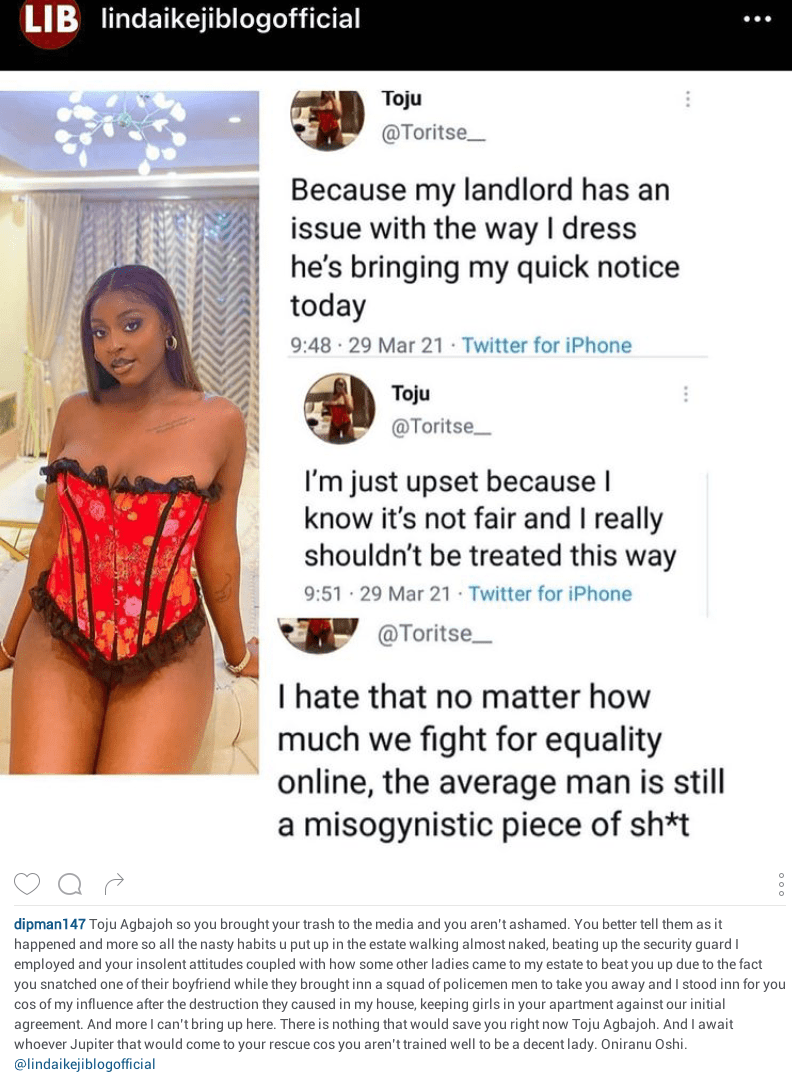 Author Beta Gist Naija StaffPosted on May 17, 2019
Tonto Dikeh Just as the gist of Tonto Dikeh’s marriage with Churchill Olakunle Oladunni has been winding down, the actress has generated another...
Read More