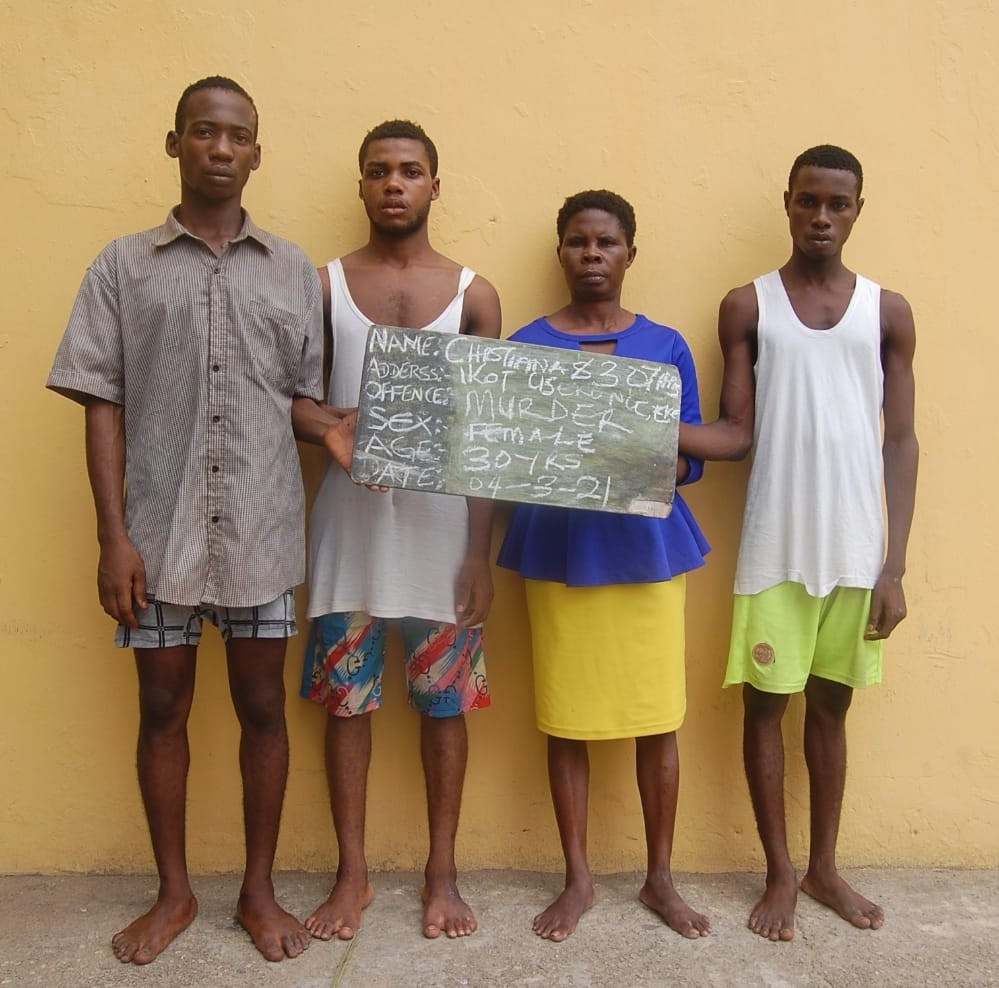 According to Christiana, her stepson failed to return the sum of one hundred thousand naira (N100,000) she gave him to keep for her so she contacted her son-in-law, Saviour Peter who came with other suspects to abduct him. They took him to a bush where they beat him to death and buried the body.

“Investigation revealed that the Principal suspect, one Christiana Ime Wilson ‘f’ on 24/12/2020, conspired with four (4) others, and abducted her step-son, one Edidiong Ime Wilson ‘m’, aged 19yrs to a nearby bush at Ikot Usekong, Eket L.G.A where the victim was beaten to death,” the CP stated. 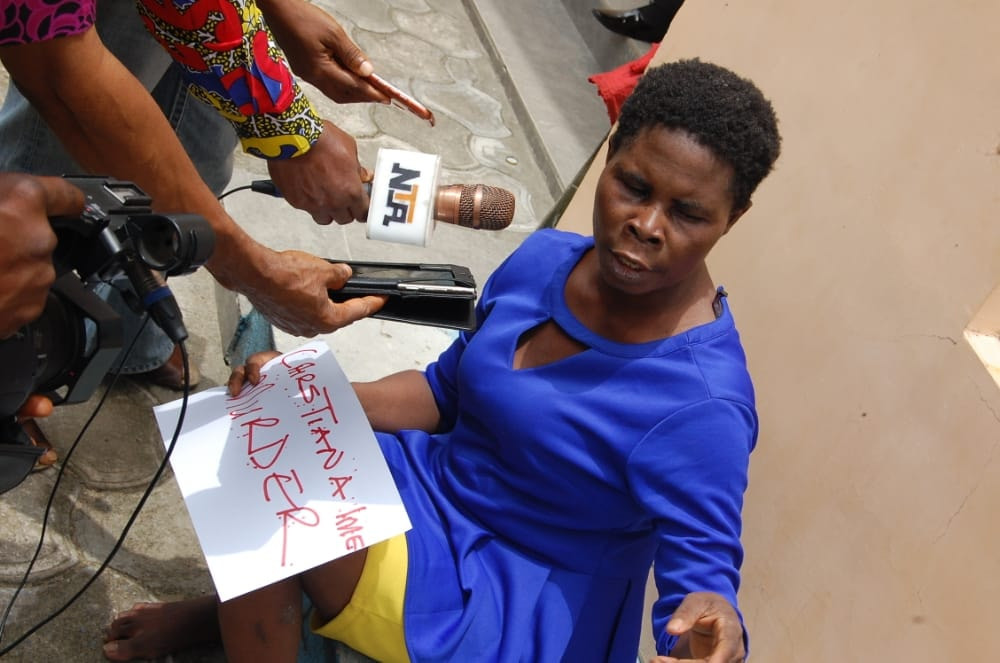 “The suspects buried the deceased in the said bush and later went back to exhume the decomposed body, cut-off the head and buried it separately on 30/12/2020 at about 7:00pm on the grounds that the ghost was disturbing them. They thereafter fled to Ondo State. 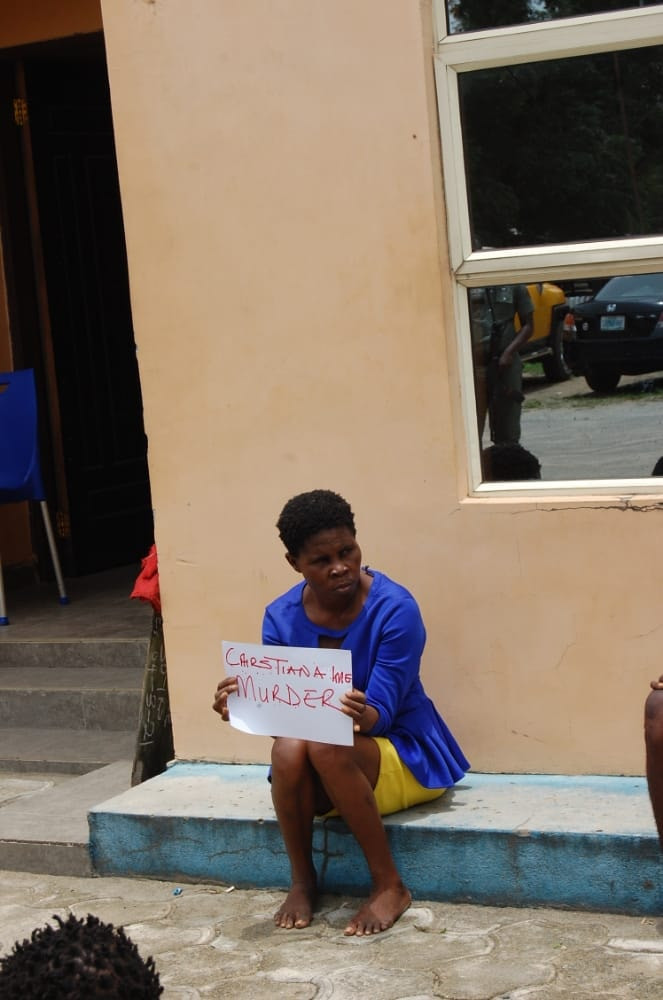 “In her confessional statement, the principal suspect, Christiana Ime ‘f’ stated that sometime in the month of September, 2020, she gave the deceased the sum of one hundred thousand naira (N100, 000.00), being part of the proceeds she go after she sold her late husband’s vehicle, to keep for her.

“When she demanded for the money from the deceased, he told her that he saved the money in a micro-finance bank in Eket, and never returned same, this prompted her to contact her son in-law, one Saviour Kufre Peter ‘m’ who came with other suspects to abduct the victim. All the suspects have confessed to the crime, and will be charged to court.” 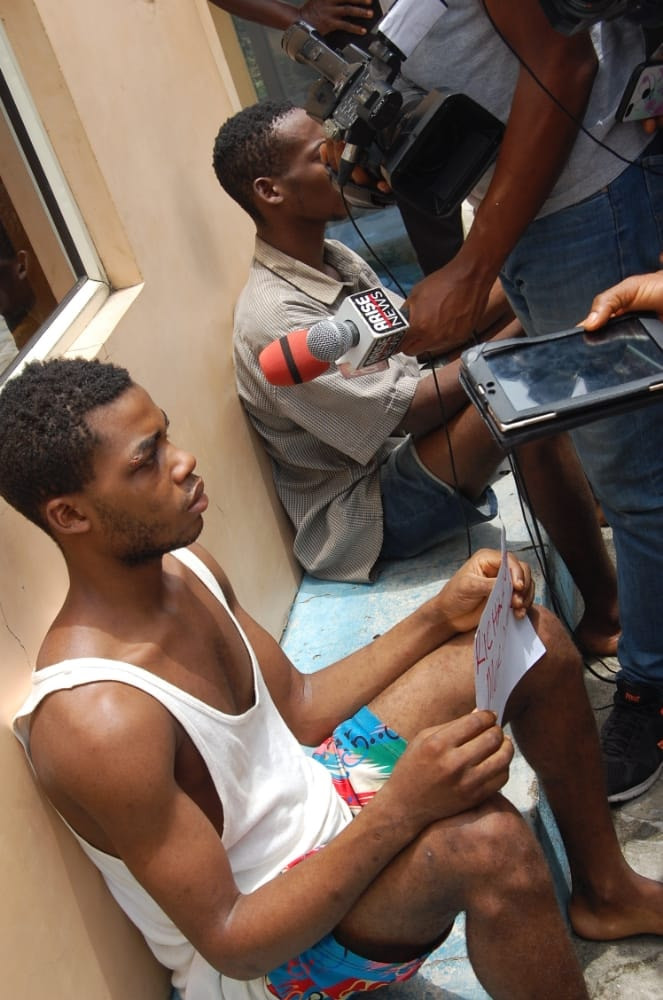 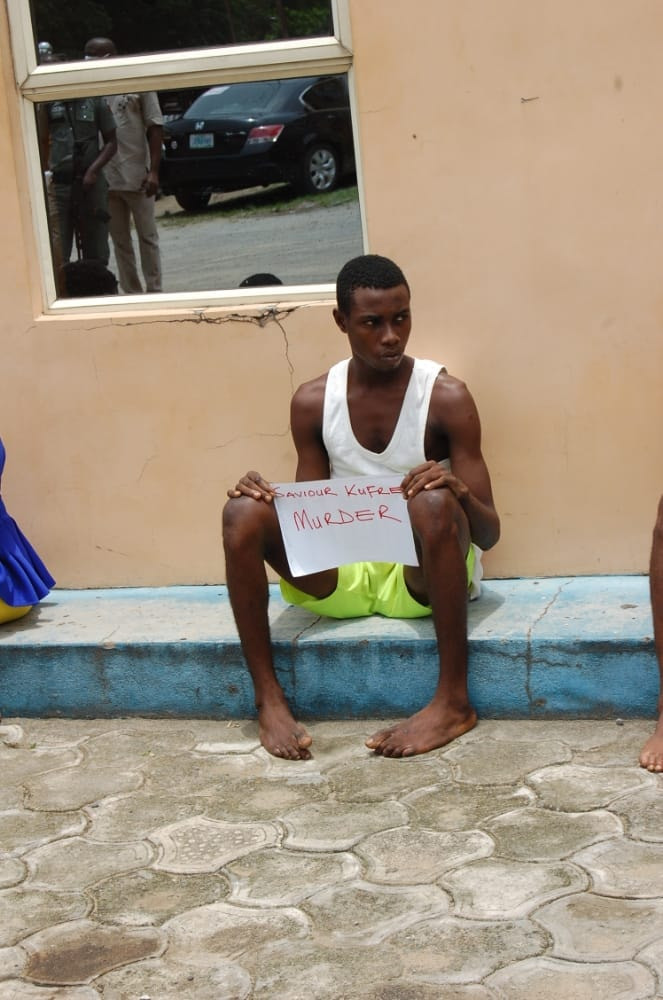 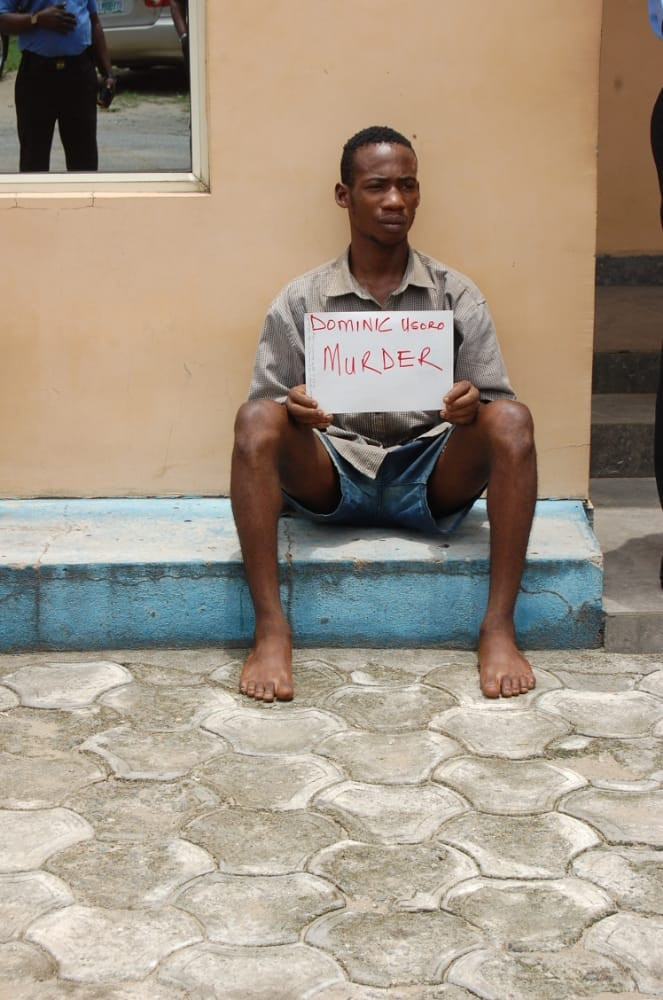 BBNaija: Mercy speaks on relationship with Ike being ‘scripted’ [VIDEO]

Pastor Seen Praying & Cabashing That A 4-Yr-Old Stagnant Water In Egbeda, Dries Up

Author Beta Gist Naija StaffPosted on November 4, 2019
The organised labour has appealed to state Houses of Assembly to identify with workers by compelling governors to pay the new minimum wage. Mr...
Read More