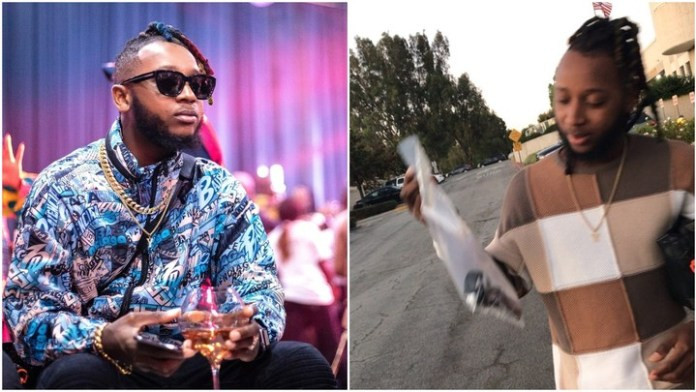 Nigerian rapper, Yung6ix has taken to social media to rain curses on a jeweller who got him arrested and jailed in the United States in 2019.

Back then, Yung6ix shared a video after he got out of jail after spending some hours there. He said he was racially profiled and had threatened to sue the jeweller.

Taking to his Twitter handle this morning to reflect on the experience, Yung6ix prayed that nobody should go through what he experienced in the American cell.

Racism can cause more mental health issues than we know.”he wrote

I made Amaechi governor - Governor Wike

"I get malaria, na cancer I dey find" - Gov Nyesom Wike of Rivers state speaks on why he can never defect from PDP to APC

Author Beta Gist Naija StaffPosted on October 24, 2019
Federal prosecutors say a Nigerian man living in the U.S. state of Georgia has been sentenced to more than six years in prison for...
Read More

Author Beta Gist Naija StaffPosted on December 10, 2019
A serial rapist and pedophile has been arrested and given 33 life sentences with a minimum term of 30 years. Joseph McCann Britain’s worst...
Read More