A 3-year-old girl who was battling with brain tumour has reportedly died after her mother allegedly absconded with N3m donated for her surgery. 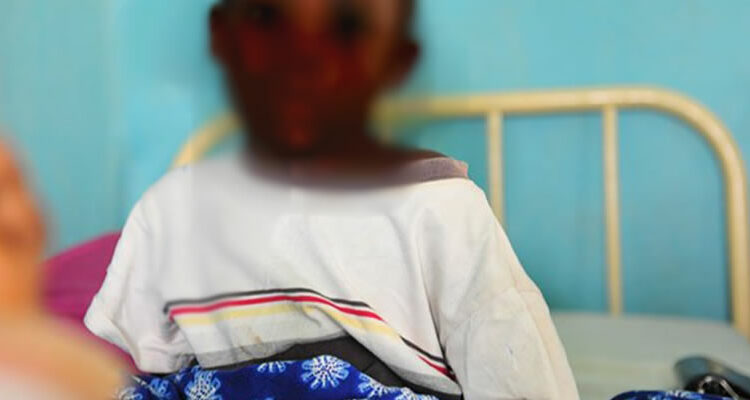 Nuhu Fulani kwajafa, the National Coordinator of Global initiative for Peace, Love and Care, GIPLC, revealed this in a Facebook post.

According to Nuhu, the little girl needed N3m for her brain surgery and a well meaning individual offered to donate the money. However, he requested to transfer it to the mother’s bank account because he didn’t trust the NG0 in charge of the little girl’s case.

Unfortunately, the mother chose the money over her child’s life as she ran away with the donated funds. Nuhu revealed that the girl, identified as Ada, died on Tuesday April 13.

“Last month we had a case of a 3yr old girl with a brain tumor who needed N3m for surgery. A donor insisted on paying the money to the account of the mother, stating that he’s not comfortable with NGOs. We initially wanted him to pay directly to the hospital, but that was not possible because 80% of the medical materials needed for the surgery has to be bought outside the hospital. Eventually, the donor credited the mother’s account, and the mother absconded with the N3m. Sadly, the child died this morning. Rest In Peace Ada”. 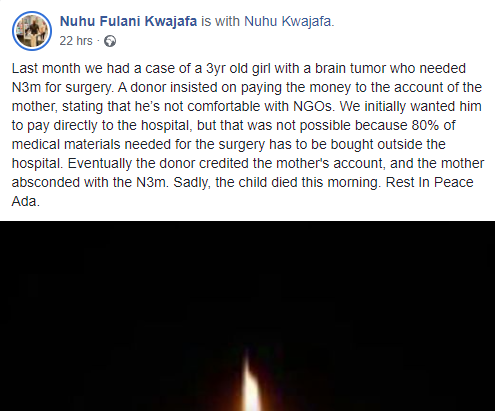 Gov Makinde will be investigated once we receive directives ~ CCB

Author Beta Gist Naija StaffPosted on July 18, 2019
The Oyo state office of the Code of Conduct Bureau on Wednesday, said it was still waiting for directives before commencing the verification of...
Read More