“A man that needs multiple women is unhappy with himself” – Chioma’s Bestie, Naomi says

As the unending trend of the Nigerian singer, Davido cheating on his alleged ex-fiancee, Chioma Rowland goes viral, Chioma’s bestie has reacted to this.

Naomi took to her Instagram story to upload relatable quotes that suggest she is referring to her bestie’s ex-fiancee, Davido.

She had uploaded a quote from @Justinlaboy which states;

“It doesn’t matter who looks better, whose pussy is better, who has more going for herself… A nigga is going to love who he loves…#Respectfully”. 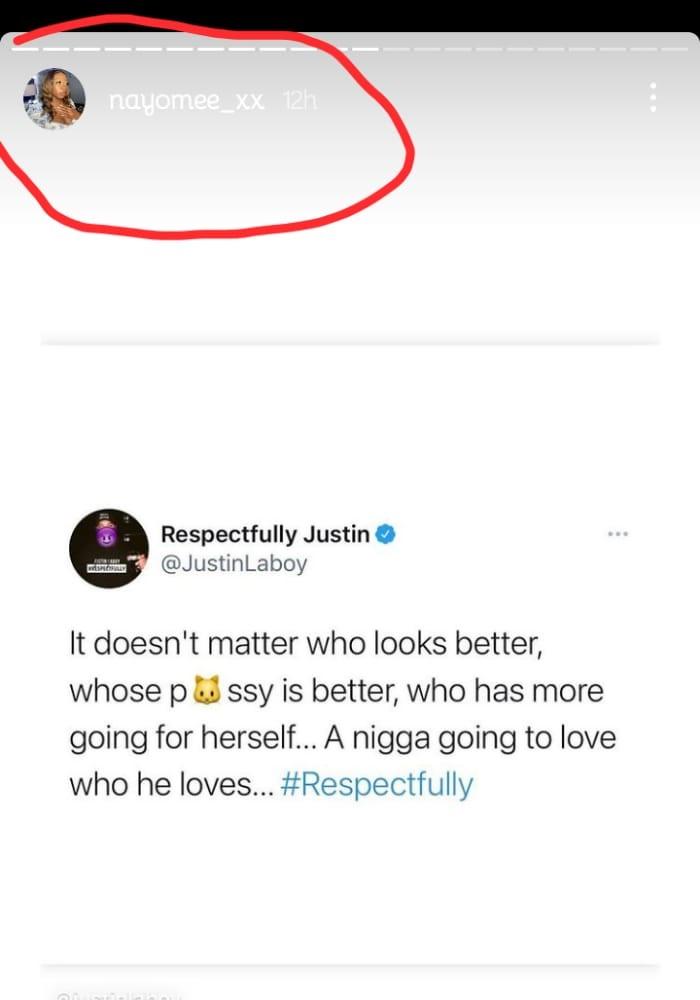 Naomi also posted another quote which says, ” A man that needs multiple women is unhappy with himself”. 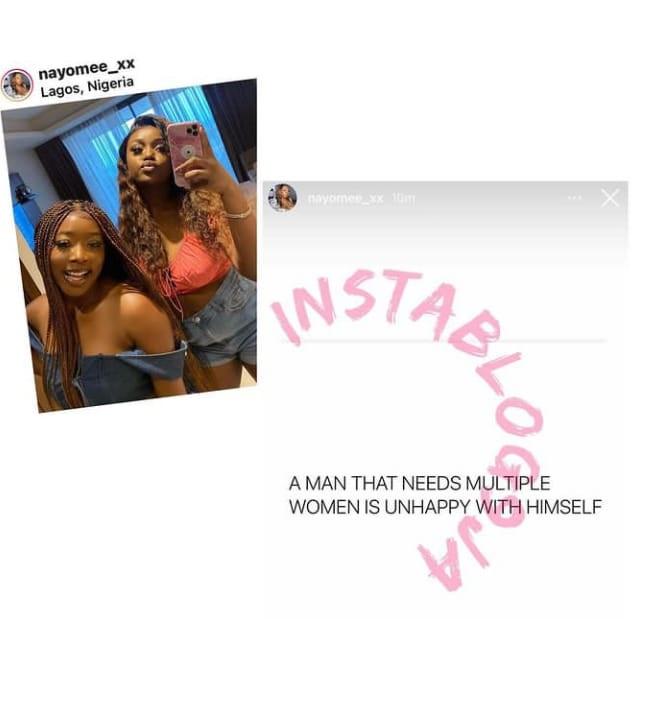 Aisha Buhari vs Mamma Daura: Why President should take leave of absence – HURIWA