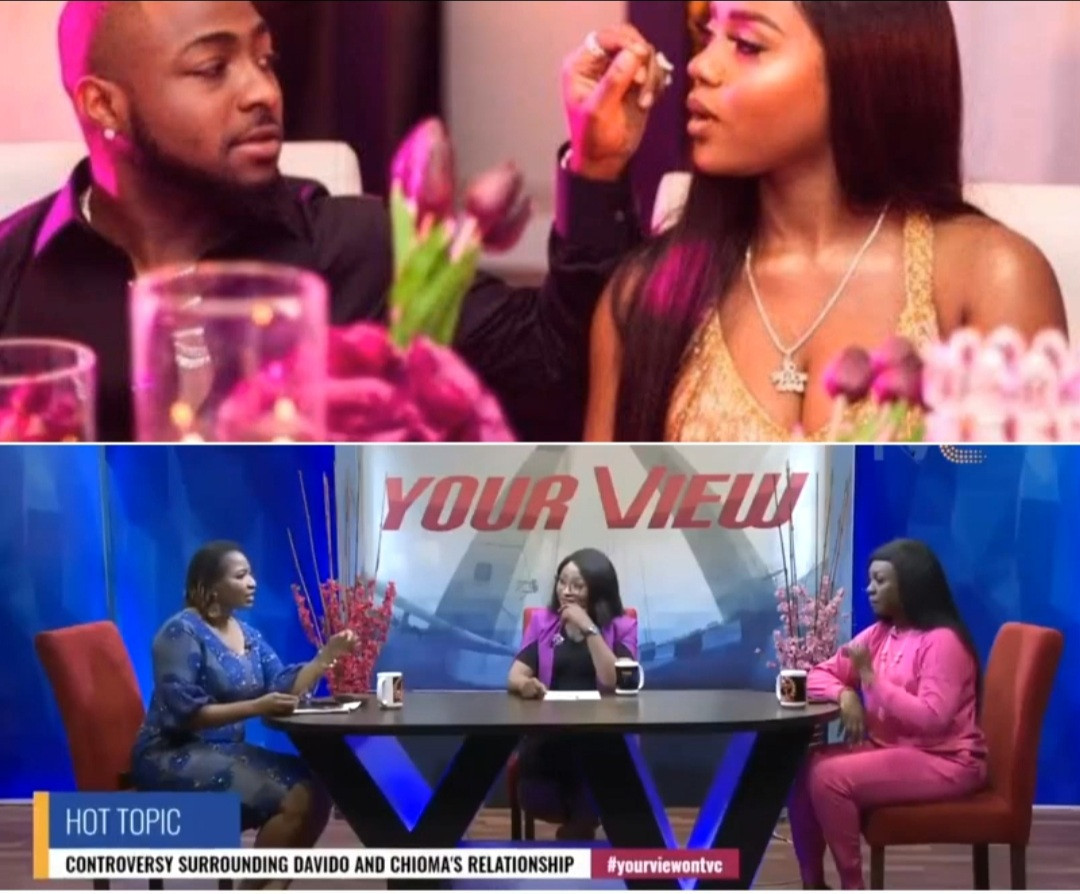 I don’t know any parent that will be happy to see their child leave university and follow man – Talkshow host, Morayo Afolabi-Brown defends co-host, Beecee who was bashed over her comments about Chioma

Talkshow host, Morayo Afolabi-Brown has reacted to the backlash her co-host, Beecee Ugboh, has received following her opinion about the Chioma and Davido relationship.

On the show recently, the ladies discussed the alleged breakup of the singer and Chioma. During the discussion, Beecee said she heard that Chioma abandoned her academics to be with Davido. She said when she got that information, she began to pray that “God please don’t give me children that don’t have sense”

Following the backlash Beecee received, Morayo who is the main anchor of the show has come out to defend her. In a post shared on her IG page this evening, Morayo said Beecee did not insult Chioma as many have said but that she was only saying people ”must teach their children sense”.  She said she doesn’t know any parent that will be happy to see their child leave university ”to follow a man”

Read her piece below

For those of you who sent insults to @beeceeugboh for her comment on this issue, this post is for you. Nothing is wrong with disagreeing with her. That’s what the show is about, expressing diverse views but insulting her was wrong. Many of you want to go to America, Canada or UK but you don’t respect divergent views. Why would you insult someone for expressing her view?

Secondly, she did not insult Chioma. What she was alluding to is that we must teach our children sense.

I know having children inside wedlock is going out of fashion, but should we, because we don’t want to “be dragged” accept this malady?

We all scream to the government to follow due process but when it comes to relationships we throw due process to the wind. We teach children to finish school, then get married.

We have very few role models today like Ngozi Okonjo-Iweala, Shola David-Bora, Oby Ezekwesili, Jumoke Adenowo and Ibukun Awosika. Some prominent role models today did not follow this path and because they have money, we should overlook it? We are so used to calling good bad and bad good.

I don’t know any parent that will be happy to see their child leave university and follow man. When I was growing up that was unheard of. However, if it happens we’ll still support the child the best we can but we must not make it the norm. We must discourage others from toeing this line.

If Chioma chose this path, we’ll accept her for who she is and the success she has become but that should not become the standard. Oun ti o da ko da, ko lo ru ko meji.

Update: DMX's brain function is reportedly unchanged with his family facing difficult decision regarding whether to keep him on life support or not

If You Quit Music, God Will Give You A Husband- Nollywood Actor Tells DJ Cuppy

Author betalensPosted on January 3, 2020January 3, 2020
Controversial Nollywood actor, Uche Maduagwu has taken to his Instagram page to advise DJ Cuppy to quit music so that God can give her...
Read More

Author Beta Gist Naija StaffPosted on June 15, 2019
Nollywood actress Tonto Dikeh shares cute photos with her son as she laments on been a father and mother at the same time. Gistvic Reports....
Read More

Author Beta Gist Naija StaffPosted on August 31, 2019
At least three people have died while some others were injured following a road accident that occured near the Adamawa State capital, Yola. The...
Read More