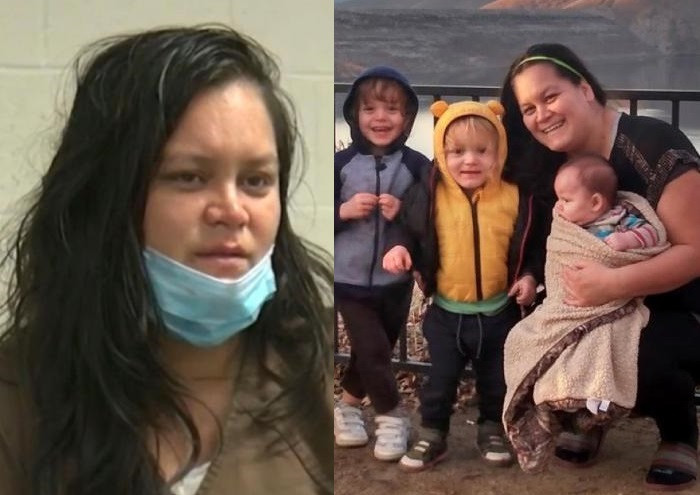 “I drowned them, I did it as softly as I could”- Mom admits to killing her three young children in chilling jail interview

A California mom suspected of murdering her three young children before going on a carjacking spree, has confessed to drowning them “as softly as she could” in a chilling jailhouse interview.

Liliana Carrillo, 30, claimed she wanted to protect her son and two daughters from their father, who she believes is a human trafficker and would have ‘abused them’.

Carrillo’s kids, Joanna Denton Carrillo, 3, Terry, 2, and 6-month-old Sierra were found dead on Saturday, April 10, by their grandma in her apartment in Reseda, Los Angeles. Their mother had vanished. 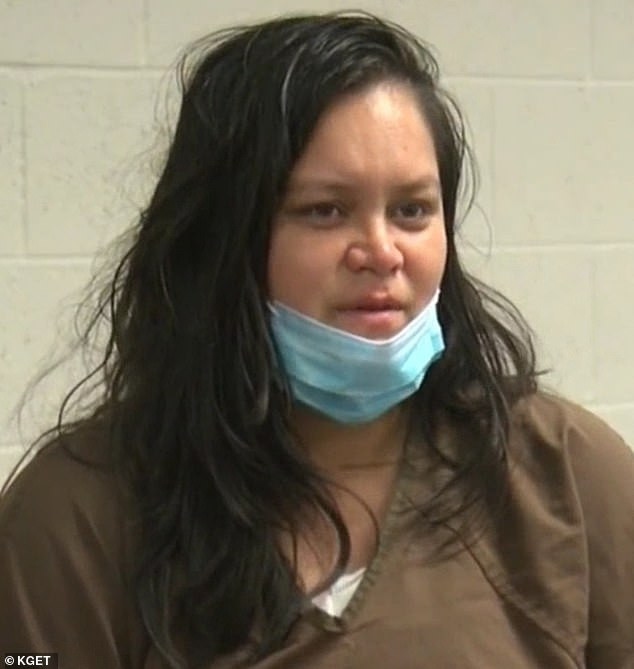 She was later arrested on suspicion of carjacking, having stolen a truck. She said in her interview that she wanted to drive off of a cliff and kill herself.

‘I drowned them. I did it as softly, I don’t know how to explain it. I didn’t want them to be further abused,’ an emotional Carrillo told KGET-TV, during an interview at the Lerdo Pre-Trial Facility in Kern County.

‘I promised them when they were born that I was going to protect them. I hugged them and I kissed them and I was apologizing the whole time,’ she said. ‘I loved my kids.’ 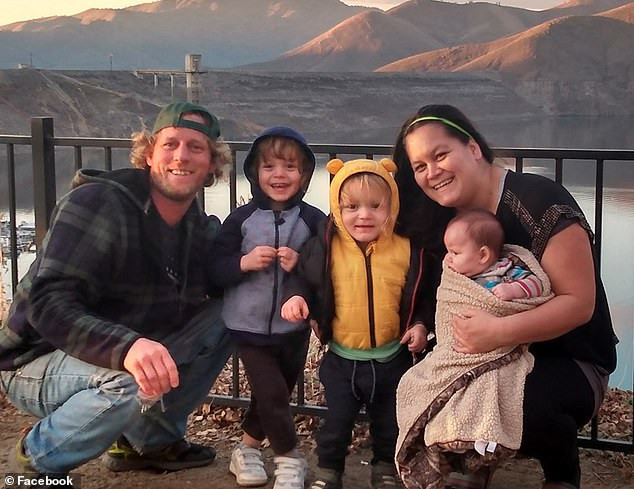 ‘I wish my kids were alive, yes,’ she said. ‘Do I wish that I didn’t have to do that? Yes. But I prefer them not being tortured and abused on a regular basis for the rest of their lives.’

She didn’t reveal how she drowned them.

‘I wish my kids were alive, yes. Do I wish I didn’t have to do that, yes? But I prefer them not being tortured and abused on a regular basis for the rest of their life.’

Carrillo hasn’t been charged with the deaths of her children in Los Angeles County pending further investigation.

Court filings showed there was a bitter custody dispute between Carrillo and the children’s father, Erik Denton. 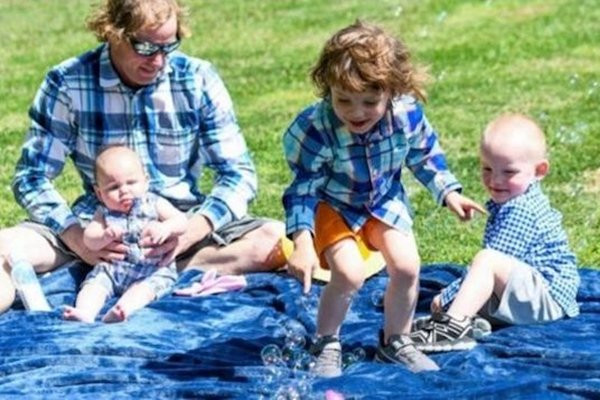 On March 1, Denton petitioned a court for custody, alleging that Carrillo was delusional and had taken the kids and refused to tell him where they were.

In response to his filing, Carrillo filed a restraining order against him and claimed Denton was an alcoholic who may have sexually abused their eldest child.

Denton’s court filings tell of Carrillo’s post-partum depression following the birth of their middle child. She began therapy but quit, and self-medicated with marijuana, he claimed.

In texts and social media posts, she said things like ‘I wish I never had kids’ and threatened to kill herself, he alleged.

In her interview, Carrillo said she had dealt with depression, anxiety, and PTSD her whole life and had sought out a therapist for postpartum depression but claimed that it was her husband who posed a threat to the children.

Carrillo alleged that her daughter and a son had shown signs of abuse and that she had tried but failed to obtain help through social workers and law enforcement.

‘They were just going to hand them off to the dad,’ she said.

Through the courts, Denton and Carrillo agreed to swap Denton´s days to see the children for a few hours every other Sunday.

Last Sunday was supposed to be just his second visit with the kids under the new schedule, but it was late as the kids were all dead.

Carrillo said she expects to spend the rest of her life in prison.

Asked what her final message to her children, she replied: ‘I love you, and I´m sorry.’

Watch the interview below.

JUST IN: Nigeria’s Iheanacho stars as Leicester return to second

Author Beta Gist Naija StaffPosted on December 2, 2019
Nigeria’s Kelechi Iheanacho was the hero of Leicester City on Saturday as the club beat Everton 2-1 to return to second place in the...
Read More