Tottenham manager, Jose Mourinho has fired back at Ole Gunnar Solskjaer, the man who replaced him at Manchester United following Tottenham’s 1-3 defeat to Man United on Sunday , April 11. 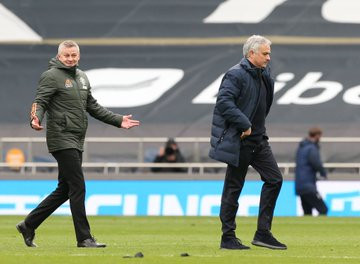 Mourinho reacted angrily in his post-match press conference to comments made by Solskjaer about Heung Min-Son.

Despite running out 3-1 winners, Solksjaer was unhappy with Heung-Min Son’s reaction to a flailing arm from Manchester United midfielder Scott McTominay, an incident which resulted in a Man United goal being overturned after the Video Assistant Referee (VAR) intervened.

Solskjaer said: “We shouldn’t be conned. I have to say, if my son stays down for three minutes and he needs his 10 mates to help him up, he won’t get any food.

“We weren’t conned, the referee was.” 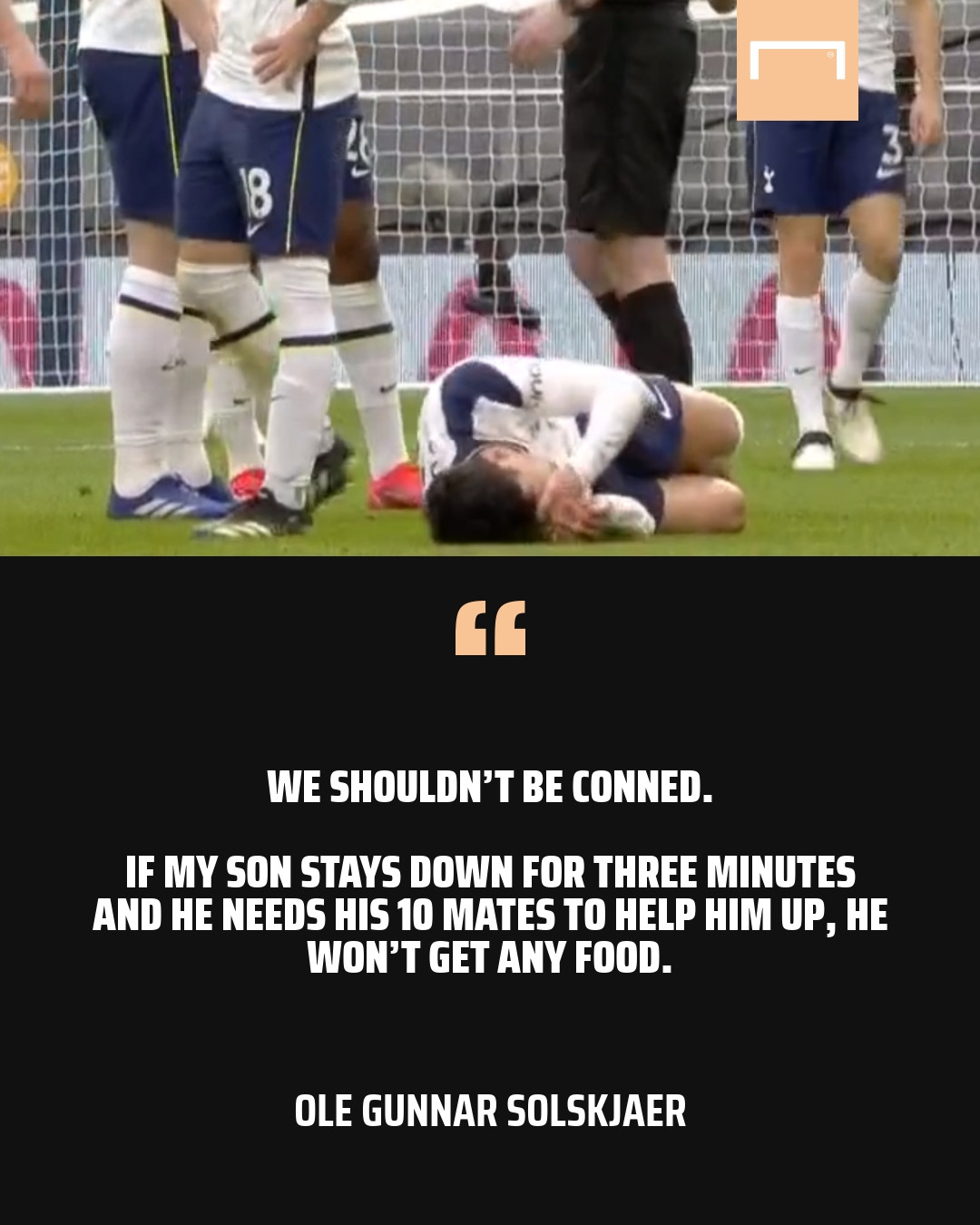 Mourinho, upon hearing of Solksjaer’s comments then offered a withering rebuke at Solksjaer, questioning his fatherhood.

“I just want to say Son is very lucky that his father is a better person than Ole because I think a father – and I am a father – you have always to feed your kids. It does not matter what they do. If you have to steal to feed your kids, you steal.” An angry Mourinho said.

“I am very, very disappointed. With me, like we say in Portugal, bread is bread and cheese is cheese, have told Ole already what I think of his comments.

“I told Ole already this because I met him a few minutes ago. If it was me saying that player A, B or C from another club – if, as he says that if it was my son that I won’t give him dinner tonight or something like that – what would be the level of the reaction.

“First of all let me tell you something. I am very, very surprised that after the comments Ole made on Sonny, you don’t ask me about it.

🗣 "Son is very lucky his father is a better person than Ole."

Nigerian Supreme Council for Islamic Affairs has unwittingly exposed itself as promoter of bad governance, divisiveness and injustice under Buhari - CAN

Personal assistant of Gokada CEO Fahim Saleh, who was found murdered and dismembered in his home, has been arrested

Author Beta lensPosted on July 18, 2020
Personal assistant of Gokada CEO Fahim Saleh, who was found murdered and dismembered in his home, has been arrested 21-year-old Tyrese Devon Haspil, is...
Read More

Author Beta Gist Naija StaffPosted on October 7, 2019
Concerns have been raised over the non-payment of the N8.1 billion severance allowance of lawmakers and aides who served in the eighth National Assembly,...
Read More

Only broke girls date more than one man – Erigga