Lady says she transferred a huge chunk from her salary to her husband.

A Nigerian lady has shared her husband’s reaction after she transferred some money to his account from her monthly salary. 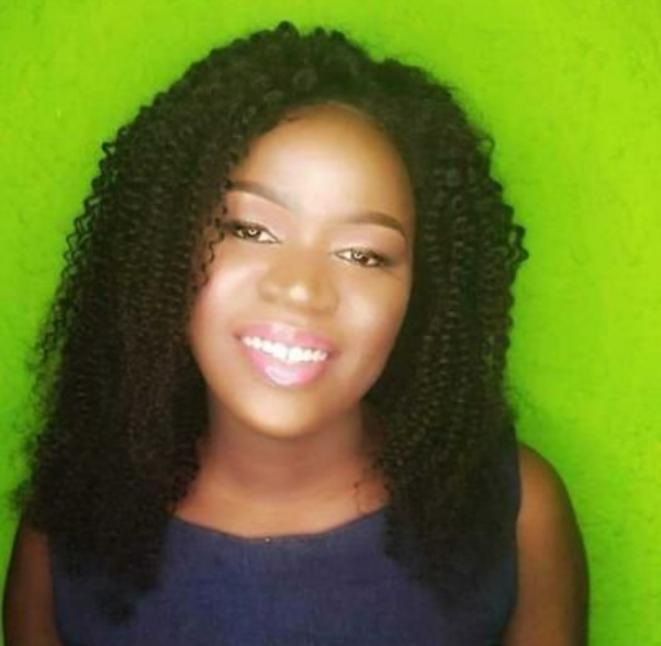 “My salary came yesterday and immediately I received alert, I rushed to my husband and asked him how much he needs me to contribute after informing him that my salary has been paid. Oga thought I was joking and mentioned a figure thinking I was going to contest because it was Almost all my salary, I just carried my phone and transferred it to him.

It was doing him like film, I then went ahead to pay the salary of our children’s lesson teacher so that he would stop thinking about it. That’s when I realized that he was doing so much without complaining He sees it like his duty and even when the financial burden is too much, he struggles to pay without asking me.

He was so surprised and happy, I know that my money is just a fraction of what he brings but he felt like I gave him millions. I then told him that I am putting in the effort to make more money so that I can still reduce his stress. He didn’t marry a responsibility, he married an helper and he should be feeling more relaxed than when he was single.

I have never felt entitled to anybody’s pocket and I won’t do that with my husband. Omo, oga went to the market without even telling me, stocked up the home. Cooked and served me o, this small support has gone a long way to settle silent quarrels that I didn’t even know about. I will keep working harder and doing my best, men also need support, they are not superman.” 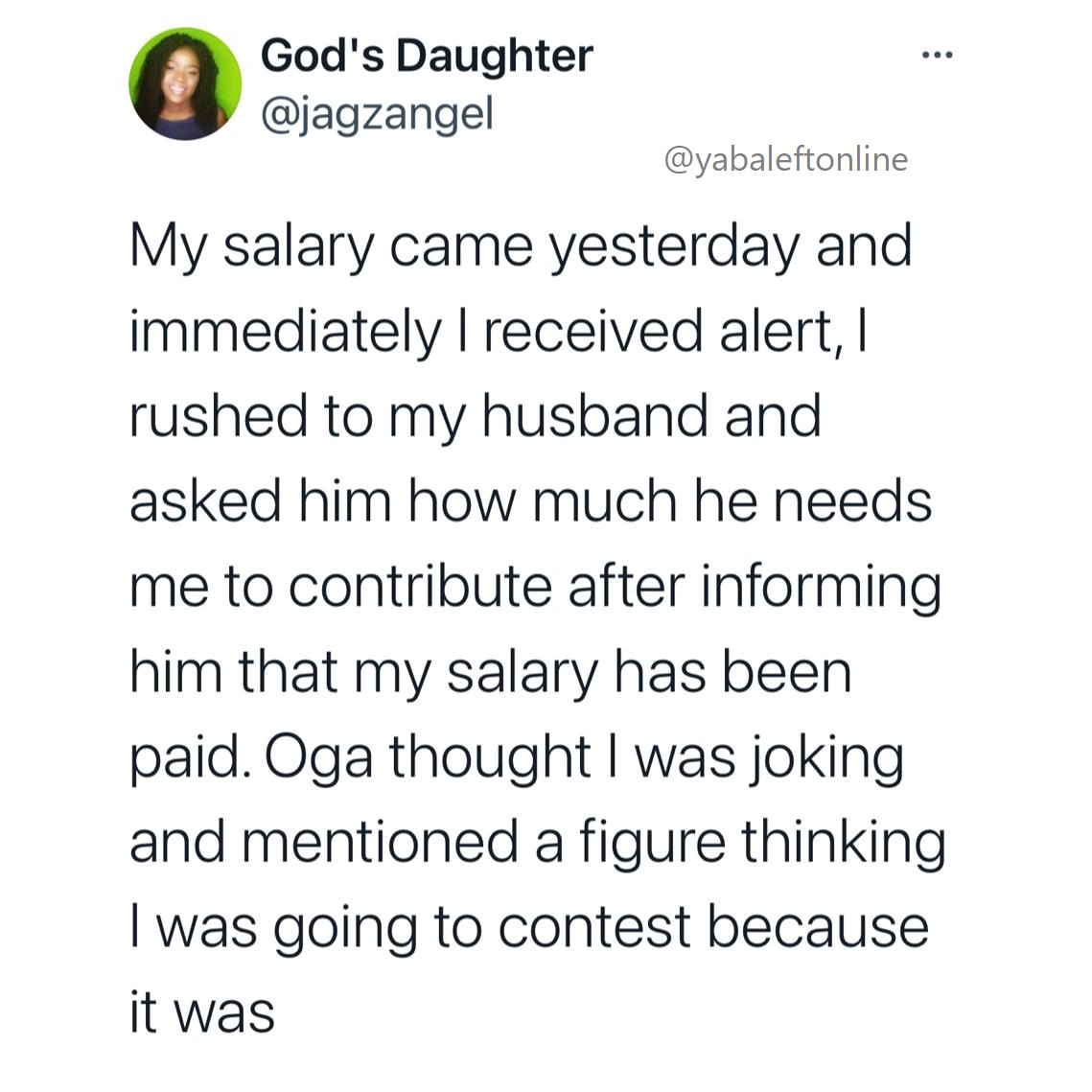 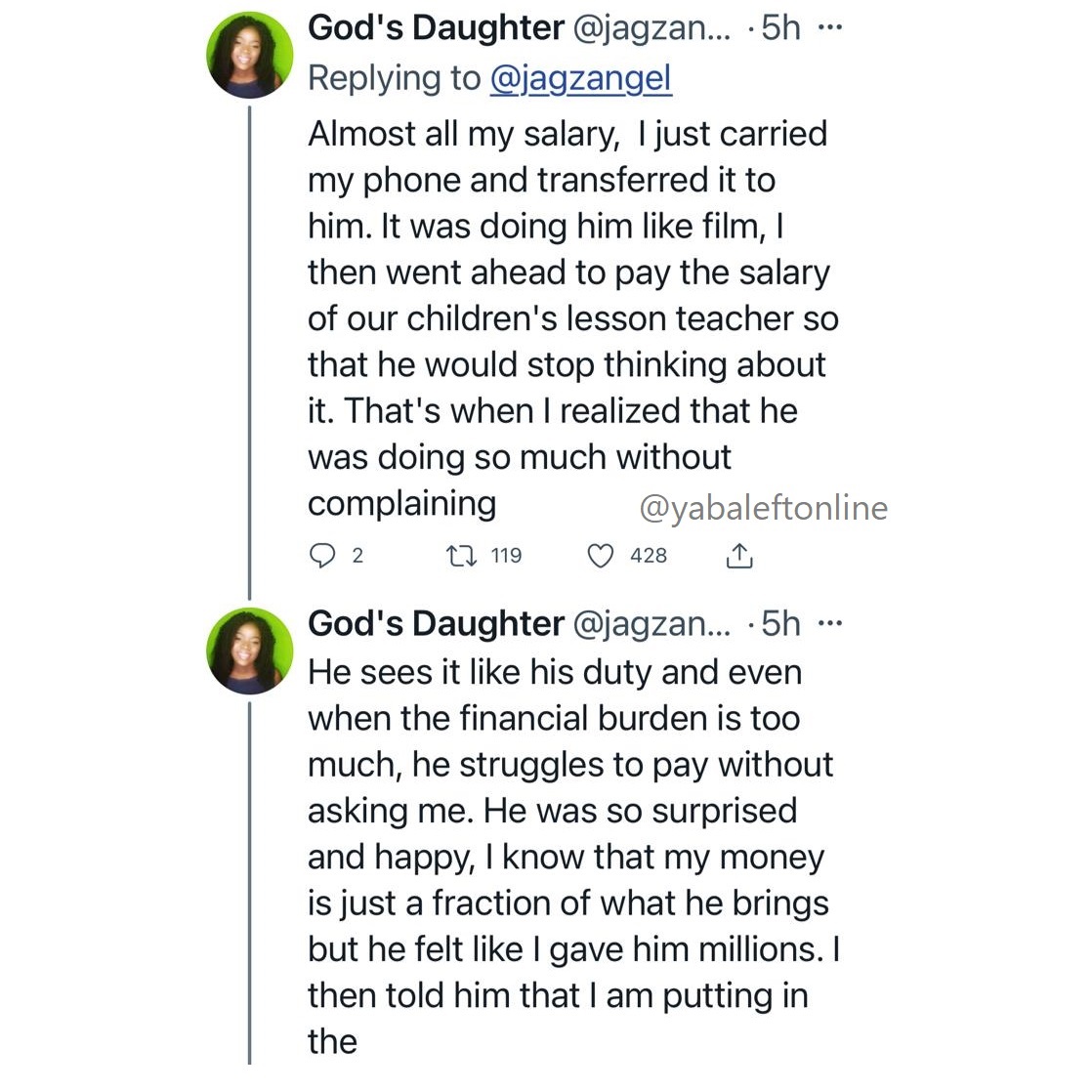 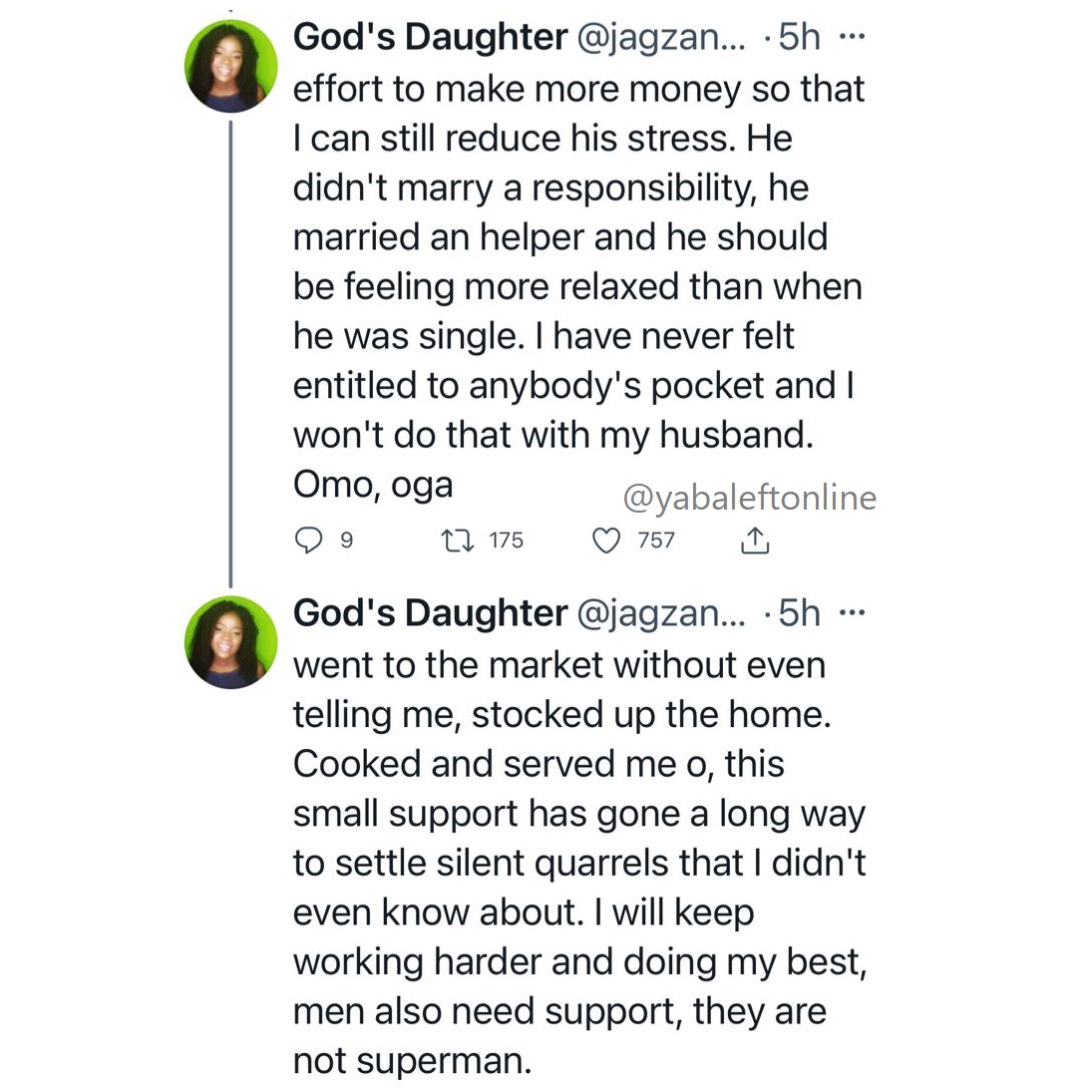 Couple conducts their wedding in a shrine in Delta State (Video)

What I ordered vs what I got: Mother takes action against vendor who delivered “fake” hair to her daughter for N220k

God does not call pastors, it is a career – Rev. Obofour

Author betalensPosted on October 28, 2019
Ghanaian Pastor, Rev. Obofour has made a controversial claim of all Pastors in Ghana including himself, not being called by God. According to the...
Read More