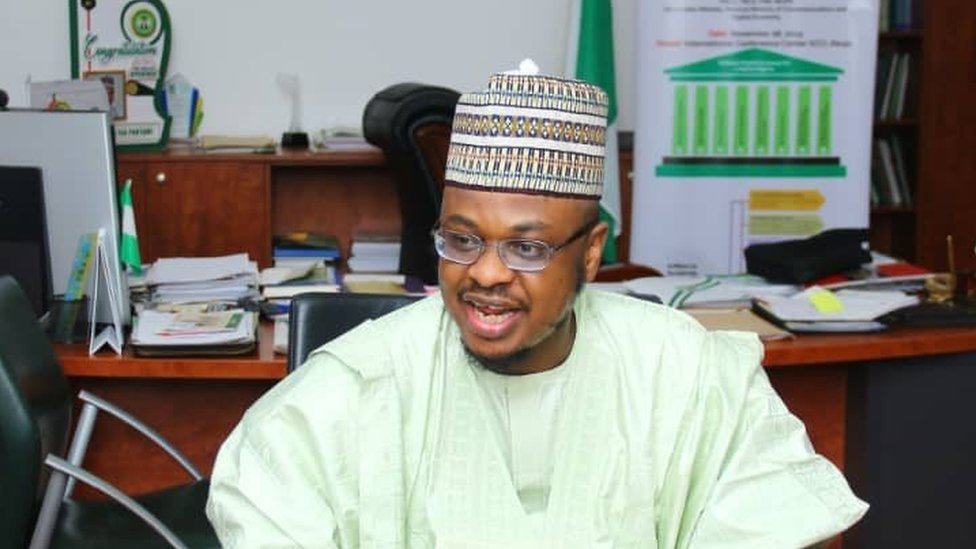 My personal driver is a Christian, I don’t support terrorism – Communications Minister, Pantami

Minister of Communications and Digital Economy, Isa Pantami has denied any ties to terrorist groups and reports that he promotes ethnic and religious bigotry, saying his personal driver, secretary and technical assistant are all Christians.

Pantami made this known in a telephone interview with Peoples Gazetter, Friday evening, noting that recent reports of his past controversial comments were misconstrued.

The minister who is also a Muslim cleric, said he has never had issues with his Christian aides, friends and associates of many years.

“My personal driver is Mai Keffi, a practising Christian. I also have a Christian, Ms Nwosu, as my secretary and Dr Femi, also a Christian, as my technical adviser,” Pantami told Peoples Gazette by telephone.

“If I did not like Christians or I did not see them as my brothers and sisters, I would not have been working with them for so long.”

I employed more Christians than Muslims on my staff because I believe in merit and competence over ethnic or tribal sentiments,” he added.

The Communications minister has come under public pressure to resign after Peoples Gazette published audio and video recordings of his controversial comments alongside excerpts of an academic paper that explored his preachings across northern parts of the country between the early and mid-2000s.

However, he has now told the publication that his teachings over the years were rooted in peace and tolerance.

“I have always preached peace and tolerance. In some cases, I was attacked by my fellow Muslims for supporting my Christian brothers and sisters.”

Pantami said Italian authors of the academic paper that chronicled his Salafi teachings as a bulwark of radical views amongst university students in the North had misrepresented him by failing to reach out to him before concluding the papers.

“They did their research but failed to contact me and sit down with me for an interview before publishing their papers, it is possible they used a translator that did not understand Hausa or just did not like me,” he said.

Nigerian singer, Crayon reveals how he changed his mum’s life after 19 years of selling fruits on the street

Gossip News
Author Beta Gist Naija StaffPosted on May 16, 2019
Here is a trending video of a lady who was spotted urinating in public at the back of a bus She was spotted by...
Read More

What Messi said after winning FIFA Best Player of the Year ahead of Ronaldo, Van Dijk

Author Beta lensPosted on March 2, 2020
A 70-year-old woman has reportedly led a vigilante group to dislodge bandits terrorising some local government areas in Niger state. According to reports, the...
Read More

Author Beta Gist Naija StaffPosted on May 6, 2019
Chelsea are a step closer to Champions League football again as they see off Watford 3-0 at Stamford Bridge. Goals from Lofus-Cheek, David Luiz...
Read More