A young Nigerian schoolboy identified as Philemon Igbokwe, has been rewarded for returning a lost phone to the owner in Port Harcourt, Rivers State. 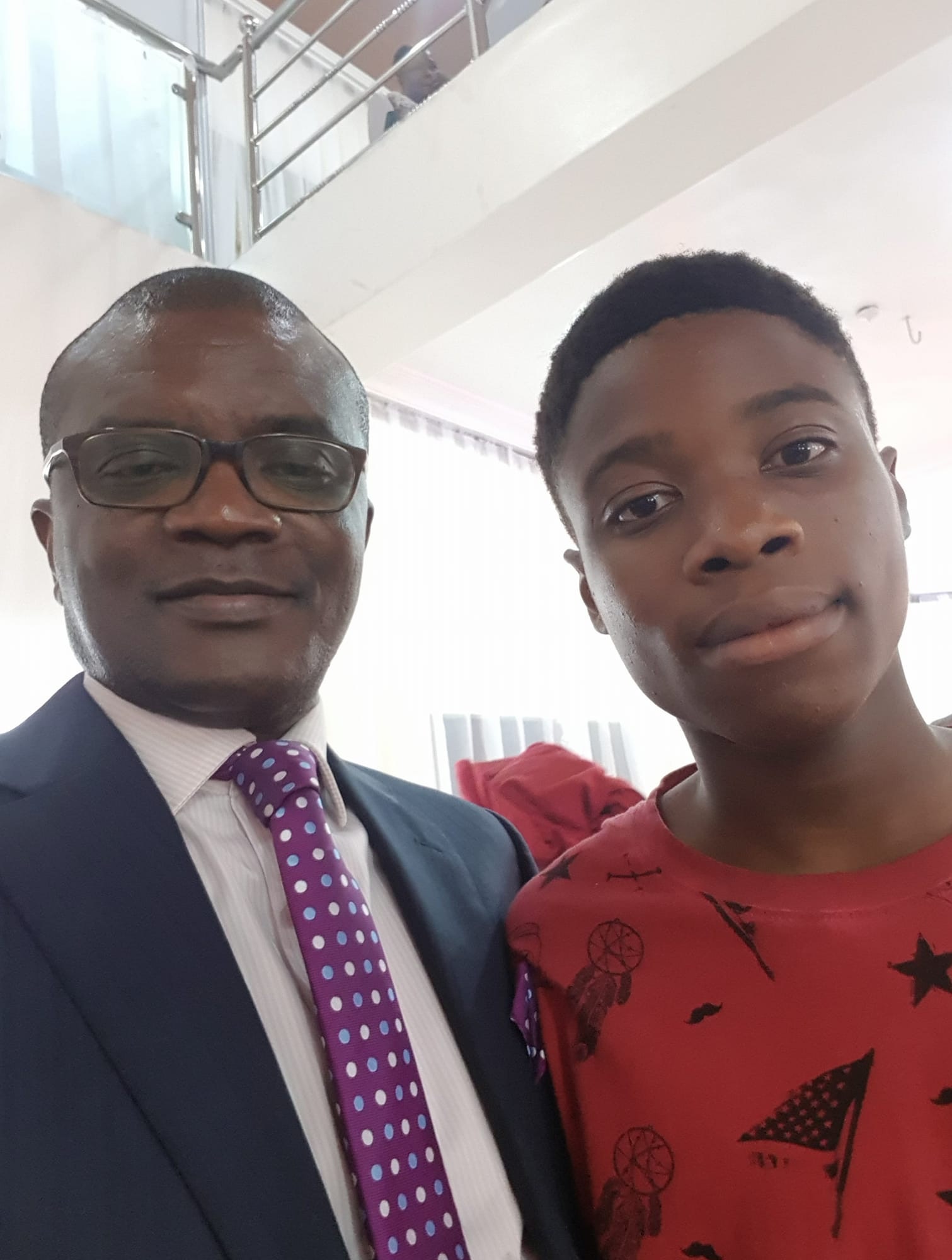 A lawyer, Emma Okah, who shared the story on his Facebook on Sunday, April 11, said the boy saw the mobile phone forgotten by a wedding guest in the restroom of an event centre.

The boy with me in this photograph is Master Philemon Igbokwe. He is a student of Federal Government College, Rumuokoro, PH, Rivers State. He has no phone, even the cheapest.

Philemon demonstrated a rare feat of honesty by picking and returning a new android phone forgotten by its owner in the restroom. The MC announced this at the event and people were excited to see such show of honesty from a young boy in a country riddled with vices.

I am proud to Congratulate Philemon and his parents for the example he has shown that there are still young ones with integrity in our country. I pray God to uphold Philemon and his family in greatness, honour and success in life. 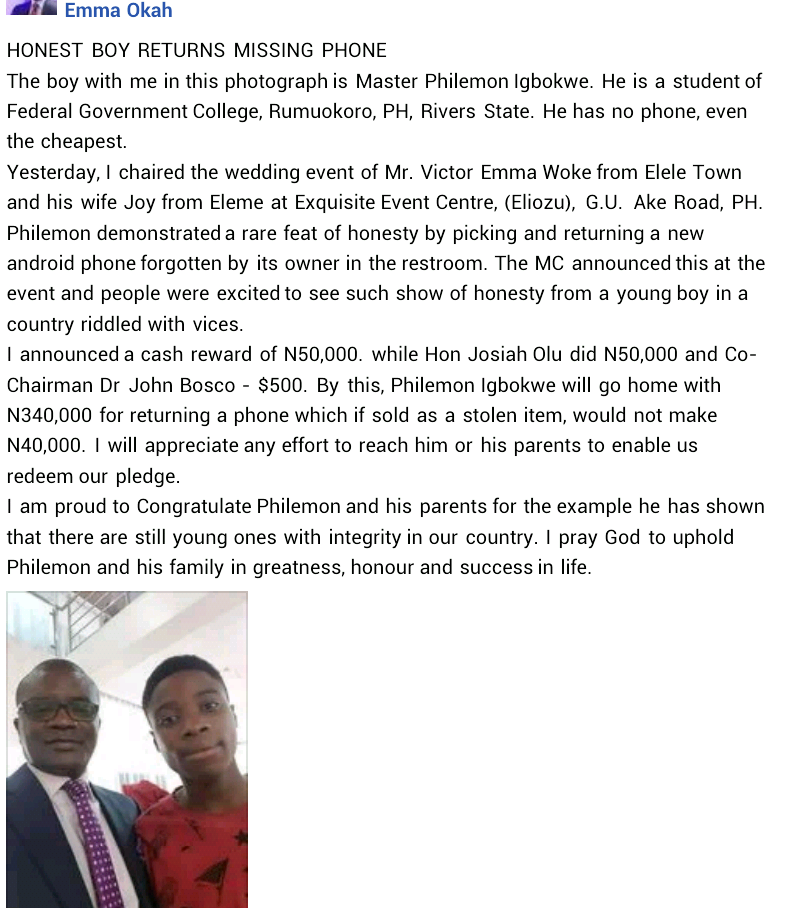 Author Beta Gist Naija StaffPosted on October 10, 2019
The management of the University of Lagos, UNILAG, has set up a panel to probe the allegations of sexual harassment leveled against Dr. Boniface...
Read More

Author Beta Gist Naija StaffPosted on September 30, 2019
In a bid to contribute to stemming crime in South Africa, the Nigeria Union South Africa (NUSA) has initiated an anti-crime campaign to reduce...
Read More

I sniff my husband’s boxers and armpit when I am down- sex therapist, Angela Nwosu, says

Author Beta lensPosted on January 2, 2021
I sniff my husband’s boxers and armpit when I am down- sex therapist, Angela Nwosu, says
Read More