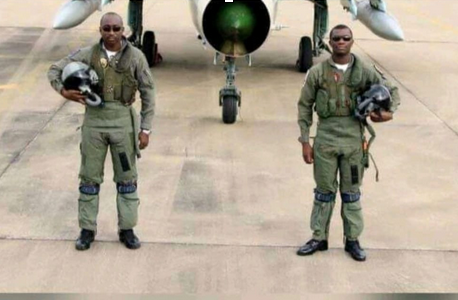 “Serving his country was all he wanted to do since he was 9” – Sister of missing NAF Alpha-Jet’s pilot, Flight Lieutenant Chapele Ebiakpo says

Sports journalist and Pidgin commentator, Tracy Chapele-Ugo, is mourning her brother, Flight Lieutenant Chapele Ebiakpo, one of the pilots of the crashed NAF Alpha-Jet aircraft.

It will be recalled that the the Nigerian Air Force fighter jet was declared missing on 31 March 2021 after losing radar contact.

Taking to Twitter on Saturday, April 3, Tracy revealed that her brother has always wanted to serve Nigeria since he was 9.

“Nigeria will kill you eventually. So that’s how my baby brother just died. Serving his country. Since he was 9 that’s all he ever wanted to do. And he did. Thought we’d have you for a long time but alas, Boko Haram no go let us hear word. RIP Flight Lieutenant Chapele” she wrote. 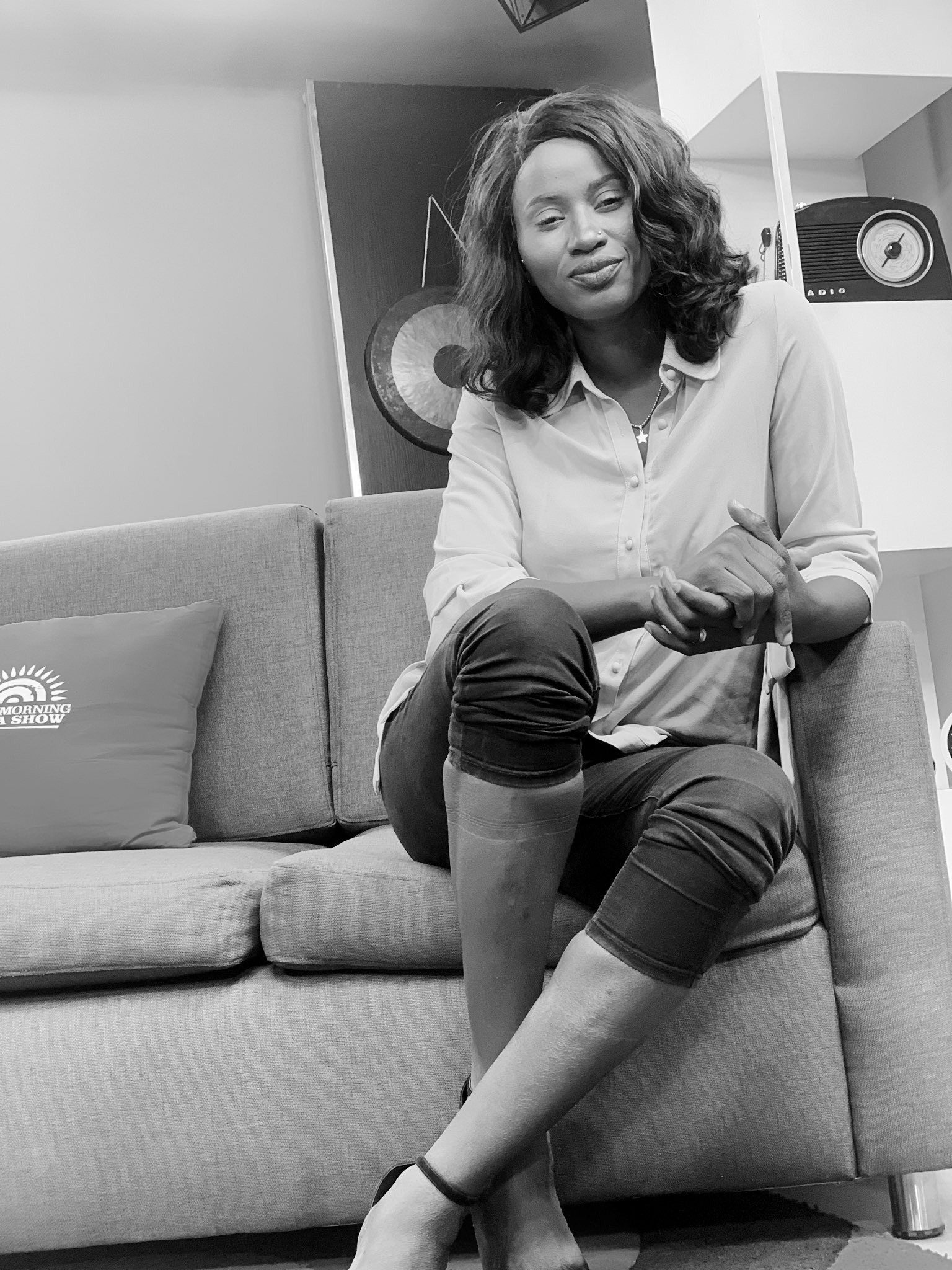 Meanwhile, THISDAY on Monday, April 5, reported that wreckage of the fighter jet may have been found in Bama, Borno State.

The source told the publication that the jet was found with the body of one of Flight Lieutenant Chapele Ebiakpo. He, however, said the body of the other pilot, Flight Lieutenant John Abolarinwa, is still being searched for, explaining that troops on the ground have been asked to intensify their search. 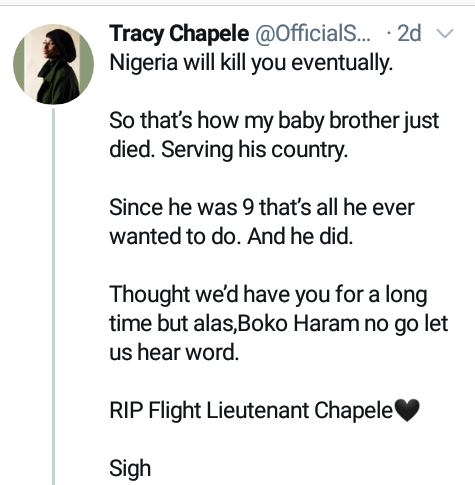 Davido hits the streets of Onitsha as actor, Zubby Michael clears the road for him (Video)

Abba Kyari never drove a car till he died; he was misunderstood and mischievously misrepresented by some Nigerians – Kyari’s Daughter writes touching tribute

The Alius, Five Nigerian Sisters Who Are All Medical Doctors

Author Beta lensPosted on February 19, 2020
Five sisters, who are all doctors in different fields of the medical profession, have become the toast of the internet. The Aliu family of...
Read More