NURTW chairman, Musiliu Akinsanya popularly known as MC Oluomo, has taken the nose mask game to the next level as he steps out with an electronic nose mask with LED name display. 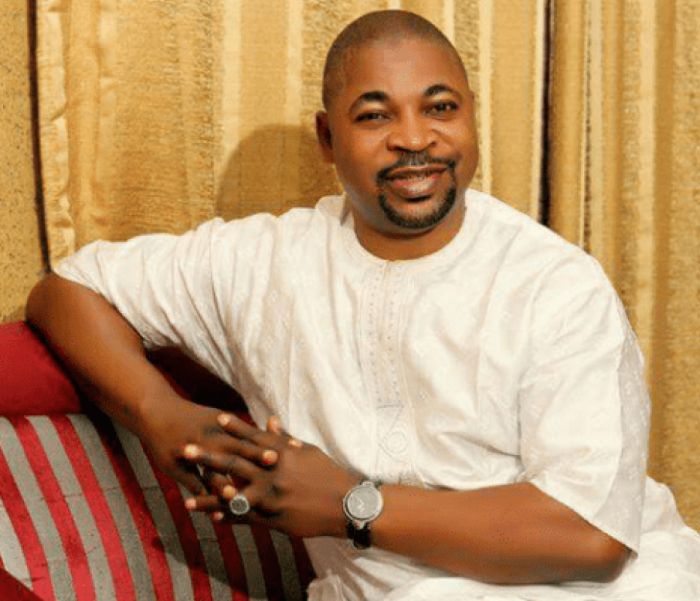 The politician attended an event recently and rocked the unique face mask which displayed the names “MC Oluomo” and “Oshodi”. 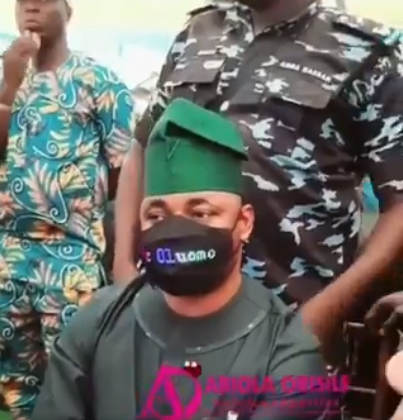 A video which captured the mask is currently making rounds on social media and Nigerians have shared their candid opinion about the never-before-seen protective gear.

Some netizens explained that the NURTW boss is exposing himself to shock hazard because the nose mask is either electronic or battery-powered.

@jennynextian141 wrote, “And they are afraid of corona when hes putting battery in his mouth.. Mtcheww.”

Rapper, Falz gets tattoos of his family on his arm (videos)