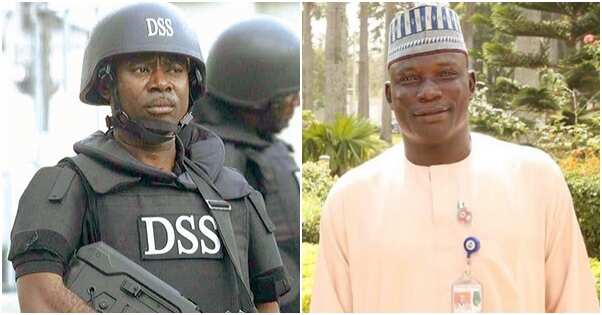 We did not torture Buhari’s driver to death – DSS

DSS in a statement by its Public Relations Officer, Peter Afunanya, insisted Afaka was neither arrested nor detained by the Service.

In the statement titled; ‘President’s official driver not detained or tortured by DSS,’ the service spokesman said the secret police does not engage in torturing of suspects and asked the public to “disregard the fake news spewed by the online platform.”

It stated; “While the said driver was never arrested or detained by the Service, it is a known fact that it does not torture suspects. Its suspect handling method is usually in compliance with the tenets of criminal justice administration system and democracy.”

Afunanya referred to the announcement by presidential spokesman, Garba Shehu, that Afaka died after a prolonged illness.

A report by online news medium, SaharaReporters said the DSS arrested Afaka months ago and tortured him for allegedly tricking Buhari to sign a fraudulent document linked to oil contracts.

The agency was accused of moving Afaka to the State House Clinic, where he died, instead of a hospital for proper medical treatment.

Author Beta lensPosted on March 2, 2021
“I Wasn’t Hurt After Her Fans Attacked Me” – Kiddwaya Speaks After Breaking Up With Erica
Read More