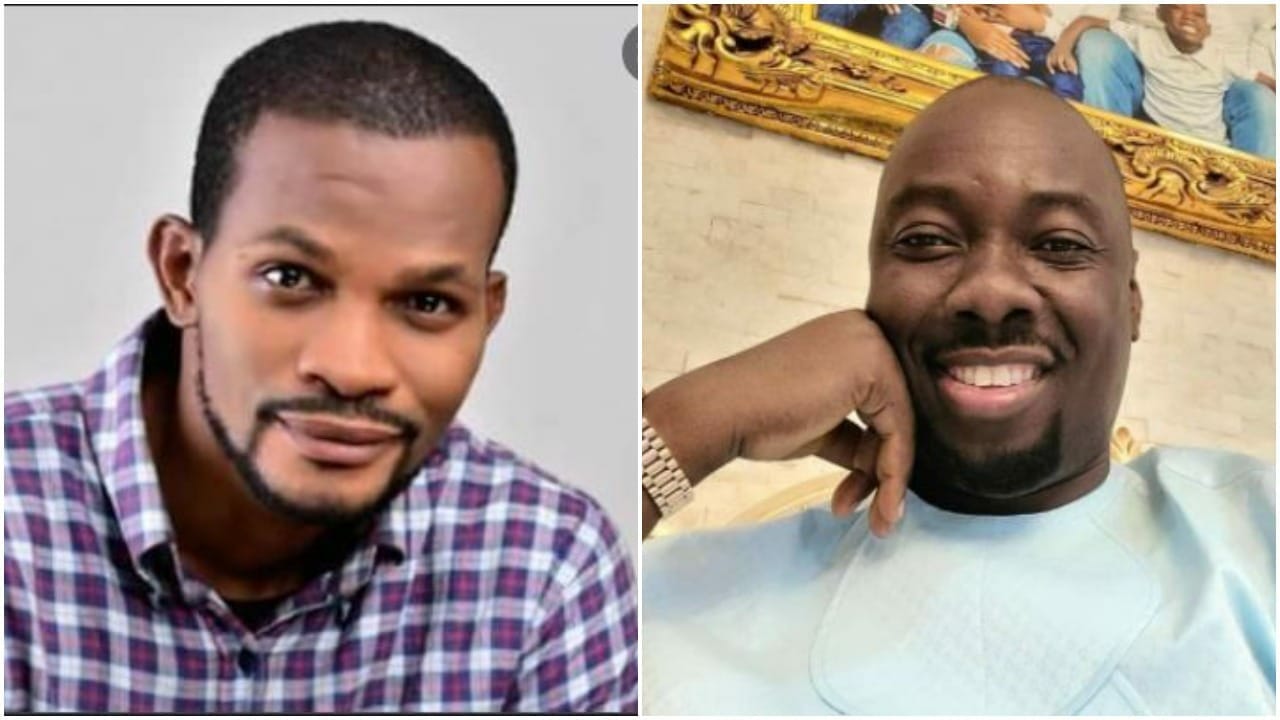 Nigerian actor and Instagram Influencer, Uche Maduagwu has dragged billionaire businessman Obinna Iyiegbu aka Obi Cubana, over the lavish display of wealth at his mother’s burial, which has remained the most talked-about recent event in the country.

Maduagwu, in a post on his Instagram page, asked Obi if he had ever spent half of the money sprayed during the burial at any of his mother’s birthdays.

The controversial actor also stated how the penalty for people who spray Nigerian currency is six months jail term but, Obi Cubana, since after the incident, has been walking freely.

He added that the Cubana Group founder claims to be wealthy, but the road leading to the venue of his mother’s burial has remained untarred, and there are numerous substandard primary schools in his hometown of Oba in Anambra State.

He wrote: ”Dear Obi, abeg did u spend half of what was SPRAYED at Oba on any of your mums #birthdays wen she dey alive? Hmmm… jesus wept. Anyways, i am just a celeb, wetin i know?

According to section 21 of the CBN act, 2007, a person who spray the #Naira risk imprisonment for a term not less than six months but why are the billionaires who sprayed money at #Obatown still walking #like kings on the street?

Cubana oga claim to be WEALTHY yet the road to where he did his mama burial remain untarred, so many primary #schools in oba no get roof, not even boreholes for clean water maybe his own billions na only for #party not oba development. “

Author Beta Gist Naija StaffPosted on August 18, 2019
Igwe Ben Emeka, Igwe of Umueri in Anambra East Local Government Area, has alleged that some persons in the community plan to burn down...
Read More

Bishop sends message to Gov. Obiano over ban on prayers in Anambra markets

I made Amaechi governor – Governor Wike