There was a mild drama at the Lagos State House of Assembly on Tuesday as Governor Akinwunmi Ambode finally presented the 2019 budget to the Assembly. The event, which was scheduled to start at 9am, did not begin until some minutes past 2pm.

When the Speaker, Mudashiru Obasa, asked the clerk if there was any message from the governor, he said, “No.”

The House was about to begin the day’s proceedings when the sergeant-at-arms signaled that the governor was around.

The Majority Leader of the House, Sanai Agunbiade, therefore, moved a motion to activate the Assembly’s order 144 to allow the governor to participate in the proceedings.

Presenting a budget sum of N852.316bn before the Assembly, Ambode said the budget was planned to give Lagos residents a new lease of life.

He said, “From the inception of this administration, we’ve focused on security, transport, traffic management, housing, health, wealth creation, economic, infrastructure, among others…”

He said the government had been consolidating public financial management and technology-driven revenue reforms through data integration and the use of multi-payment channels. 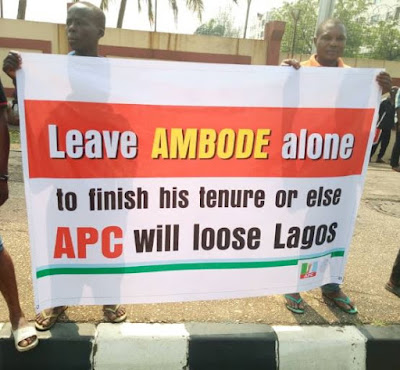 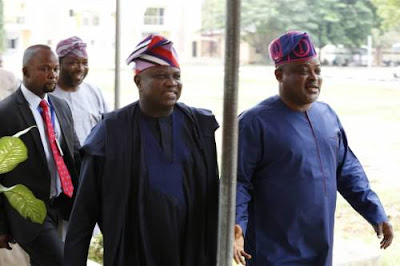 On his part, Speaker Obasa said the allegations that the Assembly spends N800m monthly were not true.
The speaker added, “The issue was between one arm of the government and another and what was at stake was the issue of appropriation, but unfortunately, no one from the executive has come out to refute the baseless allegations.

“Since no one has come out to address them, it is incumbent on us to debunk the allegations. I use this medium to challenge the faceless group to prove that this Assembly has been collecting N800m per month as alleged.”