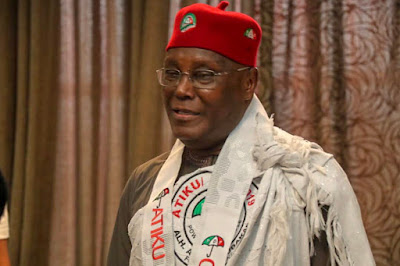 Less than four days to the presidential poll, an Igbo socio-political group, Eastern Peoples Front, on Monday, endorsed the candidate of the PDP, Atiku Abubakar, and his running mate, Peter Obi, saying that supporting Atiku was about Igbo’s survival in Nigeria.

Addressing a press conference at the Sports Club, Enugu, the National Executive Committee of EPF, in a communiqué read by its National Coordinator, Ken Emechebe, described any “appeasement” to the current administration in the country led by President Muhammadu Buhari as “a dangerous thing, and tantamount to committing suicide.”

The group said it fully supported the earlier endorsement of Atiku/Obi ticket by the apex Igbo socio-cultural organisation, Ohanaeze Ndigbo, saying they recognised the body under the leadership of Chief Nnia Nwodo, as the mouthpiece of all Igbo and that anybody who speaks against Ohanaeze remains a renegade.

EPF condemned the sit-at-home order to Ndigbo by the Indigenous People of Biafra, describing it as misleading, infantile and irresponsible, which they said should be ignored by Igbo.

The group said that there were 26.7 million registered Igbo voters across the country and that EPF was moving round every part of the country to mobilise the people to ensure that at least 16 million of them vote Atiku.

“Between the PDP and the APC, Atiku Abubakar is the only candidate that is committed to handing over power to the Igbo, as equity and fairness demand.

“Atiku Abubakar is the only candidate that is committed to practical and constitutional restructuring of Nigeria to devolve power to the federating units and restore true federalism, and also ensure real autonomy of the judiciary.” 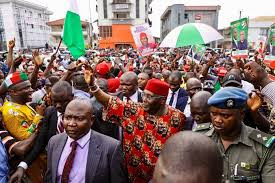 Also speaking, the former Minister of Power and Vice-Chancellor of the University of Nigeria, Nsukka, Prof. Chinedu Nebo described those who visited President Buhari at the State House, Abuja, to apologise for Ohanaeze’s endorsement of Atiku as charlatans seeking personal aggrandisement, saying that in due time, they would realise their folly and apologise to Ndigbo.

Insisting that Chief Nnia Nwodo is still the President-General of Ohanaeze Ndigbo, contrary to assertion by the suspended Secretary-General of the body, Uche Okwukwu, Prof Nebo said that any vote for President Buhari was a vote against Ndigbo, stressing “We refuse to be cowards in the face of intimidation and brutalisation against Ndigbo by the present administration.”