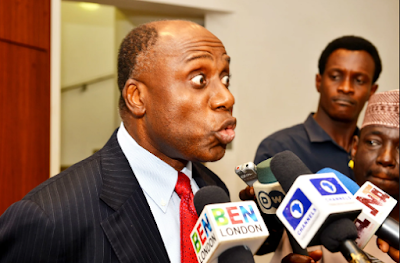 The All Progressives Congress (APC) has said it was studying the Friday judgement of the Supreme Court as it concerned its participation in the 2019 Rivers governorship election.

The party also said Senator Ayogu Eze remain its governorship candidate in Enugu state as the man the court ask INEC to recognise was not known to the party and never participated in the primaries conducted by the party.

This was made known in a statement on Friday by the

National Publicity Secretary, Mallam Lanre Issa-Onilu, that the only option left for the party was to review the judgement and see what other legal means is left.

He said, “Our legal department is looking into the judgement of the Supreme Court. It is not the kind of judgement we looked forward to base on the facts that we are aware of. The only option before us now is to review this judgement and see what other means that is legal.

“We think we deserve to field candidates in Rivers state. We know we did the right thing. We had our primaries even though there are issues around it. I don’t know why it appears the APC is the only party that is being subjected to this kind of scrutiny from the electoral body”.

“It is the same APC that PDP has continued to raise flags as being the party that wants to rig election and is supposed to be working in cahoots with INEC. If this is the way to work in cahoots with INEC, we need to ask further questions. We know what we did in Rivers compared to what PDP did in many of the thirty-six states”.

“PDP shouldn’t field candidates in many states if the same parameters applied by the electoral body are applied to the PDP. Our legal department will review the outcome of this as unpalatable as it is and we will be able to say categorically the next step we might be taking and come out with it in due course”. 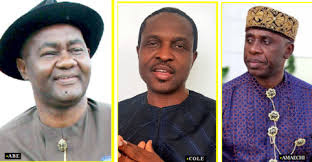 He said “We would say that we have acknowledged the judgement of the court but we do know the party followed the procedure and the processes that led to the emergence of Senator Ayogu Eze is what this party believes in. We believe that the Appeal Court will do the right thing and upturning it”.

“Senator Ayogu Eze remains in the eyes of the party, the governorship candidate for Enugu state. The person that has been so declared by a court is unknown to this party because he did not even participate in the primaries that we organised. So there is no way he could have emerged as our candidate.

“Again, as I speak to you we have appealed the judgement and secured a stay of execution. So even legally as at today, Senator Ayogu Eze is the candidate of APC in Enugu state. We are very confident he is going to deliver.”