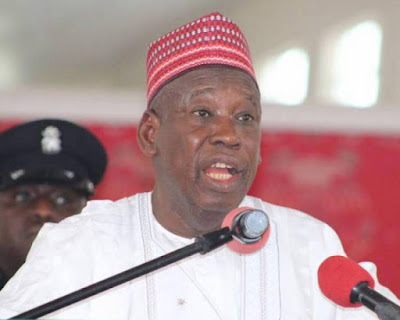 Kano state government has said the former Vice President and presidential candidate of the Peoples Democratic Party (PDP), Atiku Abubakar, is free to use Sani Abacha Stadium for his presidential campaign in the state.

The PDP presidential candidate is scheduled to be in Kano on the 10th of February for his political rally, but Kano state government ordered for the closure of the venue of the rally over alleged total renovation of the facility.

Garba, however, indicated that the directive does not affect ongoing overhaul of the Indoor Sports Complex.
The contractor has been directed to remove all machineries from the precinct of the stadium till after the campaign rally, while the state darling team, Kano Pillars has been directed to use the Pillars Stadium, Sabon Gari for its training sessions.
“The general renovation of the stadium aimed at giving the stadium a face-lift included the installation of the new scoreboard, the running track and provision of sources for steady water supply to all parts of the stadium,” he said.

Garba said prior to the closure of the stadium, the PDP had slated February 2 for the rally, which informed government decision to mobilize the contractor only for the party to fix another date for the campaign rally when the contractor had already moved to site.

“As a democrat who believes in freedom of association, the governor did not ordered the closure of the stadium to frustrate the campaign rally of the PDP. The stadium only closed for the intended renovation works,’’ he said.

Also commenting on the issue, the Executive Chairman, Kano State Sports Commission, Alhaji Ibrahim Galadima, said the closure of the stadium was far from politics.

He said, “To be honest, the closure of the stadium was far from politics but because we are in the era of politics people, turned it to be political. What happened was that the contract for the renovation of the stadium was awarded by the state government months ago and work has started at the indoor section of the stadium.
“Therefore, after the visit of the wife of the President, Hajiya Aisha Buhari and the recent visit of President Muhammadu Buhari, we realised that many facilities have been vandalised, hence the decision to commence the renovation work.”