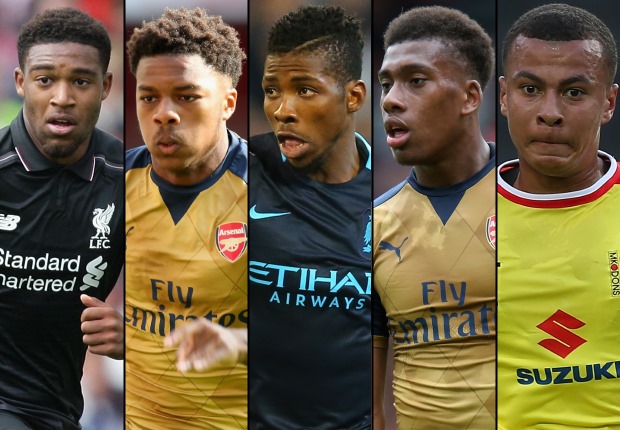 As has been the norm for many years now, there are a lot of Nigerian footballers plying their trade in foreign leagues across the world, with a high number based in Europe. As we start the New Year, we just want to take a few moments to reflect on the best performing Nigerian footballers abroad for the past year (2018). For those who want to know how Nigerian footballers are faring abroad this calendar year, you can visit this website.

Wilfred Ndidi (Leicester City)
Wilfred Ndidi is a mainstay in the Leicester City team appearing in all Premier League matches since the start of the current campaign. Despite the club going out to buy several players, some of whom favour the same position that Ndidi has in the Leicester team, Ndidi has held his own and remains an ever-present feature. Of all the Nigerian players abroad, Ndidi ranks as the most consistent.

Odion Ighalo (Changchun Yatai)
The Chinese Super League may not be known for its competitiveness but irrespective of that, Odion Ighalo has been banging in the goals for his team Changchun Yatai. Since the start of the Chinese Super League, Ighalo has scored 10 goals. His contribution on the field of play has not just been restricted to scoring goals but he has also chipped in with a few assists as well as helping the team defence wise as he uses his aerial abilities brilliantly at set pieces.

Alex Iwobi (Arsenal)
Iwobi had somewhat of a poor season last year during Arsene Wenger’s last season in charge of Arsenal. However, soon after his return from the World Cup, Iwobi under the new Arsenal manager, Unai Emery has been a revelation. For the first half of the season, Iwobi started the majority of matches and in all games provided a real threat to defenders. Even at times when he has started from the bench when called upon in the later stages of the game he drastically changes the outlook of the game. Perhaps the only downside to Iwobi’s game right now is the fact that he doesn’t score as many goals as he should.

Ahmed Musa (Al Nassr)
Ahmed Musa had an excellent year in 2018. After struggling to nail down a starting berth during his time at Leicester City, he went to the World Cup and put in some impressive performances which saw him receive recognition as the best performing Nigerian at the World Cup. Musa’s performance at the World Cup against Iceland where he scored a brace was simply a masterclass. Musa’s impressive World Cup showing opened the doors for him as he was signed by the ambitious Saudi Arabian club, Al Nassr. Musa started his Al Nassr career on a high scoring the winner and since then, he has been the main man for his Saudi Arabian club.

Henry Onyekuru (Galatasaray)
Henry Onyekuru suffered a long term injury during the first half of last season, something which forced him out of the Nigerian World Cup squad. However, after he recovered from the injury, Henry Onyekuru joined Galatasaray on loan from Everton and he has been putting in some scintillating performances. If he continues on this path, then it’s certain that he will definitely return to his parent club, Everton rather than be shipped out on loan once again at the end of the 2018/19 campaign.