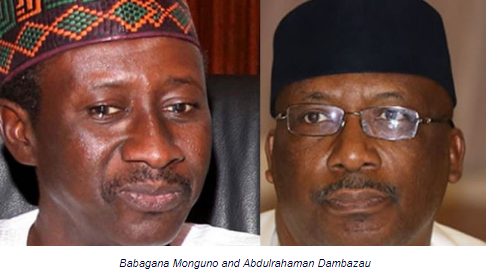 Over two years after they were recommended for probe, the Buhari-led Federal Government has yet to investigate and charge the National Security Adviser, Major General Babagana Monguno; and the Minister of Interior, Lt. Gen. Abdulrahman Dambazau (retd.).

The two ex-generals were recommended for probe by the Committee on Audit of Defence Equipment Procurement in the Nigerian Armed Forces from 2007 to 2015.

Moguno was recommended for probe over the procurement of

weapons during his time as the Chief of Defence Intelligence Agency from July 2009 to September 2011 while Dambazau was recommended for investigation following alleged suspicious contracts awarded when he was Chief of Army Staff from 2008 to 2010.

The fourth interim report of the committee which was signed by the President of the committee, Air Vice Marshal John Ode (retd.), recommended the investigation of 25 former officials of the Ministry of Defence, 16 retired generals and 44 companies.

“The account was closed on December 1, 2011 with a closing balance of $0.0. Lt.Gen AB Dambazau (retd.) and Maj.Gen Charles Airhiavbere should be further investigated for the operation of the account.”

While Ezeoba has been taken to court by the Economic and Financial Crimes Commission and made to return N1.8bn, Ihejrikia’s properties worth billions of naira have been seized by the government.

A former Accountant-General of the Federation, Jonah Otunla, who was also named in the report, has been arraigned by the EFCC for alleged diversion of N2bn.

However, checks by our correspondent showed that both Dambazau and Monguno, who are appointees of President Buhari have neither been charged nor listed as looters by the Federal Government.

Also, there is no evidence to show that Dambazau and Monguno were ever probed by the Federal Government.

Incidentally, the probe and detention of a former NSA, Col. Sambo Dasuki (retd.) is based on this same report which recommended Dambazau and Monguno for probe .

Incidentally, the 13-member investigative committee was set up by Monguno based on the order of Buhari.

The acting EFCC Chairman, Ibrahim Magu, was also a member of the committee. 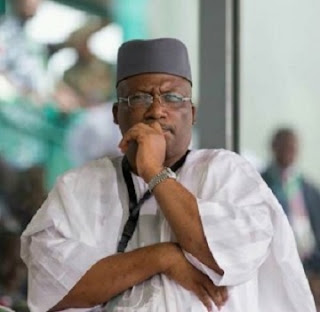 A statement by the Special Adviser to the President on Media and Publicity, Femi Adesina, stated that the investigative committee’s mandate is to identify irregularities and make recommendations for streamlining the procurement process in the armed forces.

The spokesman for the EFCC, Mr. Tony Orilade, could not be reached for comment on Sunday as calls put through to his phone lines failed to connect while a text message was not responded to as of press time.