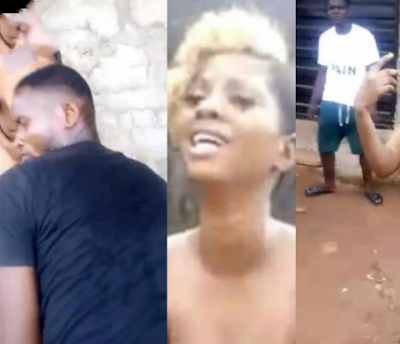 The man who allegedly mobilized thugs to molest, torture and insert pepper in a lady’s private parts over alleged phone theft in a trending video, has been arrested.

According to Barrister Jefferson Uwoghiren, the man was arrested along with the manager of a hotel he lodged briefly in Benin City, Edo state.

The suspect was temporarily and amorously linked with the lady

and subsequently complained of a missing phone. He forced the victim to a native “doctor”, around Ugbiyokho area of Ekehuan Road, Benin City, to determine the culpability of the victim.

The victim was instantaneously pronounced guilty and asked to produce the missing phone. Her denial and protest fell on deaf ears.

The suspect, native “doctor” and apprentice native “doctors” pounced on the victim, beat her up, stripped her, and poured grounded chilly pepper, popularly called “Akpoko” in local language and inserted it into the victim’s private part, all dramatically caught on video.

According to reports, a massive manhunt is on for the native “doctor” and his apprentices. 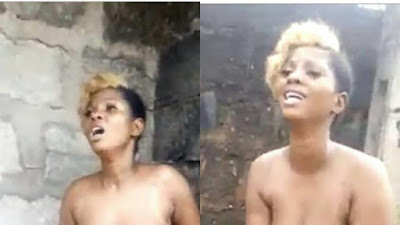 The League of Patriotic Lawyers had earlier given Edo State Commissioner of Police, Mr. Olusegun Odumosu, 24 hours to unravel those behind the torture of the lady.