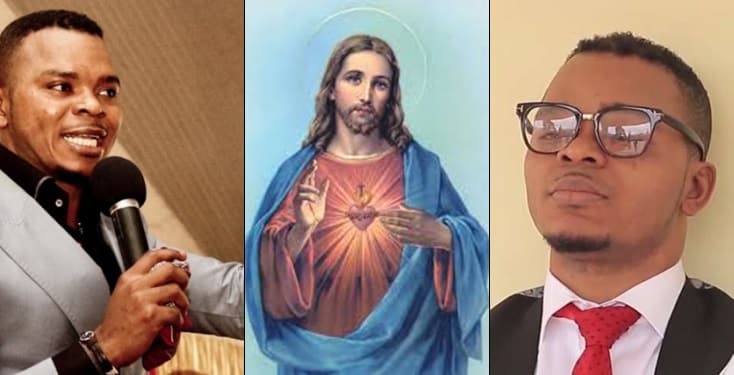 Bishop Obinim who addressed members of his church recently, bragged that he has performed more miracles that Jesus Christ. The controversial founder and leader of International God’s Way Church who stated that he has performed lots of angelic and spiritual things that beats the canal mind, added that no Prophet in the Bible has done miraculous things that he has been able to do because they all had different directions or path.

According to him, Jesus Christ only transformed himself three times and He(Jesus) said his followers will do more than he did because his life was short lived on Earth.Bishop Obinim who preached at the Kumasi branch of his Church, said he has performed more miracles than Jesus Christ because he has enough time.

He said; ”Jesus said ‘the Miracles am performing, the wonders and the signs; Those who believe in me, you can perform more than that’.Jesus was making reference to this that he didn’t have enough time so he curtailed his time. He worked for about 3 and a half years then he left but those of us now we have more time. I Angel Obinim, I have worked for so many years more than that of my father and the miracles, the angelic performances, the wonders and signs that I have performed; they are countless because I have enough time.”

Here is the video;

Man’s Parked Jeep Wrangler Smashed By A Tree Being Cut In ikoyi, Lagos

Author Beta Gist Naija StaffPosted on November 25, 2019
An economist, Prof. Sheriffdeen Tella, has urged the Federal Government to pursue policies that would drive manufacturing and construction sectors to sustain the country’s...
Read More

Author Beta Gist Naija StaffPosted on February 3, 2020
“The attention of the Nigerian Army (NA) has been drawn to a video reportedly showing some NA personnel engaged in unprofessional torture and above...
Read More

Author Beta Gist Naija StaffPosted on December 29, 2019
The Arewa Youth Consultative Forum (AYCF) has hit Governor AbdulRahman AbdulRazaq of Kwara State over his administration’s take over of a property belonging to...
Read More