The 37 years old mother of little Precious Eromosele on Saturday abandoned her in a public taxi after returning from market. According to report, the mother of three identified as Mrs Cynthia Eromosele is under police custody for carelessness and child neglect.

Mrs Cynthia had gone shopping with her daughter at the popular

Oyingbo market in Port Harcourt to purchase items for a social event the family is hosting. After shopping, she hired a taxi to take her to her residence somewhere at Eleme. While in the taxi, she let her baby sleep on the taxi seat.

When she got home, she alighted to offload the goods she bought while her visiting in-laws took them inside.

She paid the driver and he zoomed off without realising that Little Precious was still at the back seat unnoticed.

The driver who was also unaware of the presence of the baby got to a police checkpoint where he was flagged down for stop and search.

Trying to explain to the policeman that he had passed a few minutes ago, the policeman saw little precious and the driver was nabbed immediately for child theft.

Every explanation to the policemen that the mother of the baby might have abandoned her in his taxi fell on deaf ears as the police insisted that he is a child thief.

Meanwhile, trouble already started at the home of Eromosele as heated accusations and counter accusations about the whereabout of Little Precious was alleged.

The mother insisted that after alighting from the vehicle, she handed over Precious to one of the guests who denied anything of such as she only carried the make up kits she bought.

The arguments nearly resulted to fisticuffs before it was suggested that the matter should be reported to the police.

The panic stricken couple arrived at the police station to find little precious and the driver of the taxi in police custody. 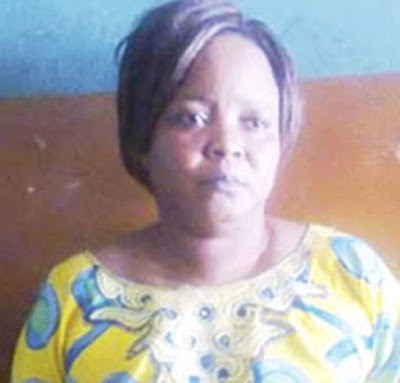 After every proofs of being parents of the baby, the police asked that the mother be locked up for child neglect till Monday when she will be handed over to the ministry of women affairs for discipline.

All pleas to allow the mother return home were turned down by the police who insisted that Mrs Eromosele will serve her punishment as a deterrent to other would be careless mothers.