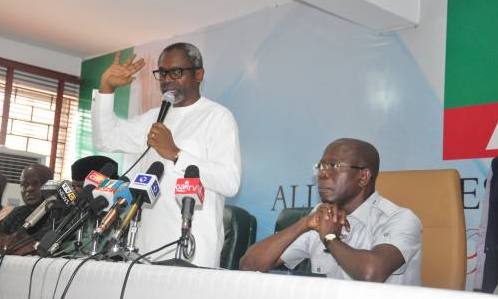 The National Chairman of the ruling All Progressives Congress, APC, Adams Oshiomhole, has cautioned newly-elected members of the House of Representatives under the platform of the party against division as regards the constitution of the new House leadership.

In his words, “Please, don’t allow anybody to divide you. We shall carry out extensive consultations with Buhari and other leaders of the party to harmonise issues and work out a sensible zoning formula that seek to carry everybody along.

“We shall not again share any of the critical positions in the leadership of the House of Representatives with the opposition PDP including chairmanship of sensitive committees.

“Before the election, we had about 190 members. As we speak, Nigerians have re-elected 223 more members on the platform of the APC.

“We have overwhelming majority even if we want to amend the constitution. I’m happy to say that in the same token, the Nigerian people have expressed less confidence in the opposition PDP.

“For us to enjoy our numerical strength, we should recognise we were elected by the party’s platform.

“APC will nominate the right candidates to occupy the speaker, deputy speaker, leader, Chief whip, deputy chief whip and others. However, we shall only allow the opposition to occupy the Minority leader and chairmanship of the public accounts committee as provided by the constitution. 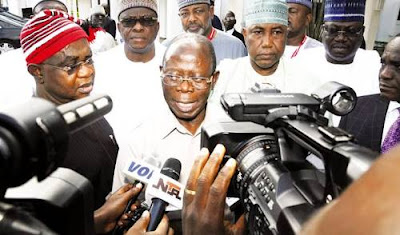 “Our challenge is to have a leadership of the House of Representatives that will share the same vision with the executive. We are one family as shown in our broom. We have the number and we will use the number to elect the leaders we want.”
Invest In Social Force & Get 50%
Click HERE >>