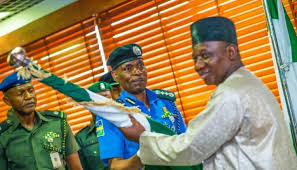 Finally, the Police Service Commission (PSC) is set to wield the axe that will see the pruning of the rank of the Nigeria Police Force. The category of officers to be affected by the impending demotion are those whose promotions were regarded as “lopsided” or “unmeritorious”.

Investigations reveal that the plenary session of the PSC, which took place Tuesday and Wednesday, came to final decision to approve the demotion of the affected officers…

The session also approved the promotion of deserving officers, who were earlier denied promotion.

Alhaji Musiliu Smith, PSC Chairman and retired Inspector-General of Police (IGP), who chaired the session, had on assumption of office in July 2018 allegedly been confronted with myriad of petitions from aggrieved police officers over the issue of promotion.

Daily Independent had exclusively reported in August and September, 2018 that Smith then vowed not to sweep the petitions under the carpet.

In the report, a source at the PSC was quoted to have hinted that the new PSC leadership “cannot ignore the petitions. We are going to critically examine the petitions. It is not going to be a total swipe, those who merit their promotions will retain their ranks.”

To lend credence to the planned demotion exercise, Smith reportedly viewed the weight of the petitions and decided not to treat them with levity.

He subsequently appointed retired Supreme Court Justice, Clara Ogunbiyi, to head a committee responsible for the review of the “lopsided” promotions.

In another Daily Independent report, our source was quoted to have hinted that “the committee had called for the nominal roll of the entire police force.”

“The committee was mandated to review all promotions from 2016 to July 2018,” it added.

Ogunbiyi’s committee was not given a specific time-frame to submit its report, because “of the volume of work; that is why they were not given a time-frame,” the PSC source disclosed. “They are expected to do a thorough work, so that tomorrow nobody will say he or she was victimised.” 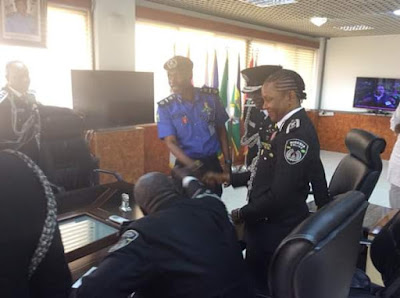 To assure the former IGP Ibrahim Idris that he meant business, Smith stated during a meeting with the police management team that “henceforth, result of performance of officers from appropriate training courses must be attached to the recommendation to the commission for promotion, if not, the recommendation will not be considered.”

The former IGP’s insistence that the demotion shall be carried out to redeem the battered image of the police and to ensure equity, is said to have pitched him against the immediate past IGP Idris.