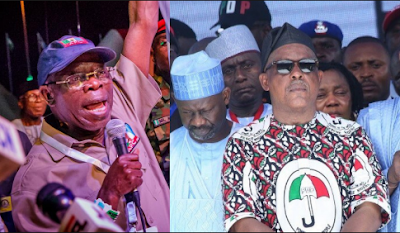 The Peoples Democratic Party (PDP) has replied APC national chairman, Adams Oshiomole, insisting that its members can contest for leadership positions in the 9th National Assembly.

A statement by its spokesman, Kola Ologbondiyan, said that opposition lawmakers have constitutional right to seek election into any of the presiding positions in any of the chambers.

The positions of Senate President, Speaker of the House of Representatives, Deputy Senate President and Deputy Speaker are not the exclusive preserves of any political party, but a constitutional right of every elected lawmaker in both chambers.

The APC has 65 senators-elect, the PDP has 42 and the Young Progressive Party (YPP) has one. In the House, the APC has 223, against PDP’s 190 and 10 seats shared among a number of fringe parties.

The PDP described as unfair the posturing of Oshiomhole as if the presiding offices and chairmanship of the committees in the National Assembly were exclusive rights of the APC. 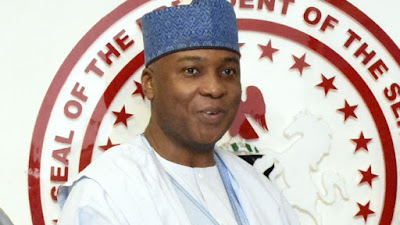 Also yesterday, members of the Senate Caucus of the PDP urged their APC counterparts to leave the Senate President, Bukola Saraki out of the schemes and plots to get his successor.

The caucus warned: “Such surreptitious attempts to drag Saraki into the issue that does not concern him would not augur well for the smooth take-off of the next Senate and could only create suspicion and ill-will among the incumbent Senators and the incoming ones.”