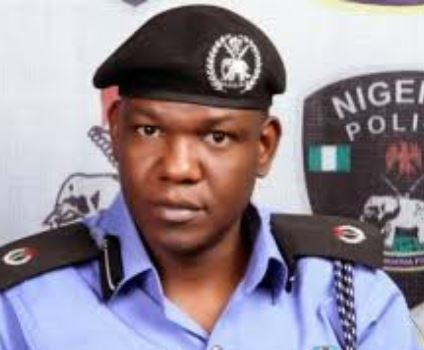 The Nigeria Police Force said it had killed nine suspected members of a notorious armed robbery gang at Akilbu forest, off Abuja-Kaduna Expressway.

A statement by the Force spokesman, Frank Mba, a Deputy Commissioner of Police, on Sunday in Abuja, said this followed an exchange of gunfire between the police and members of the gang on April 10.

Mba said that items recovered from the robbers include: six Ak47 Rifles; one Pump Action Gun; 1,206 rounds of Ak47 ammunition; seven Magazines; 28 Cartridges and 158 expended shells. He said the items were recovered from them by police operatives attached to Operation Puff adder deployed to the area.

Mba said one policeman sustained gunshot wound and was presently receiving treatment in a hospital. He said that efforts were being intensified to arrest two members of the gang who escaped with gunshot wounds.

The spokesman said the Inspector-General of Police, Mohammed Adamu, has expressed satisfaction with the successes recorded so far in the fight against kidnapping and other heinous crimes across the country. Adamu, who called for public support for the police and other sister security agencies, assured that the war against bandits would soon be won. The inspector-general had on April 5 inaugurated “Operation Puff Adder ” to fight insecurity along the Abuja -Kaduna highway.

This couple's pre-wedding photos are causing a stir online

Author betalensPosted on July 25, 2019July 25, 2019
President Buhari has revealed that Nigeria is ready to work with the new British Prime Minister, Boris Johnson. In a statement issued by his...
Read More

Author Beta Gist Naija StaffPosted on January 8, 2020
The Supreme Court on Wednesday dismissed an appeal filed by candidate of the All Progressive Grand Alliance (APGA) in the 2019 governorship election in...
Read More