Tragedy struck on Monday in FESTAC Town in the Amuwo Odofin Local Government Area of Lagos State, as three members of the All Progressives Congress (APC) were killed in an auto crash.

It was learnt that the deceased were among the supporters campaigning for the Lagos West Senatorial candidate of the party, Senator Olamilekan Adeola, aka Yayi.

They were said to be in a Sports Utility Vehicle, which was speeding to

catch up with the convoy of the candidate when the accident happened around the Apple Junction.

The police were said to have removed the corpses, while the injured were taken to a council hospital.

An eyewitness said the accident was caused by excessive speeding.

“Yayi was going to campaign somewhere in Amuwo Odofin. There were a lot of supporters, some of who were in commercial vehicles and private cars. The driver of the affected SUV was speeding when he crashed the vehicle. People were prevented from taking photos of the crash,” the eyewitness said.

The Media Adviser to the APC candidate, Chief Kayode Odunaro, in a statement, said the serving senator cut short his campaign as a result of the tragedy. 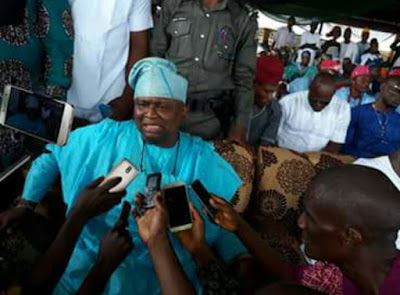