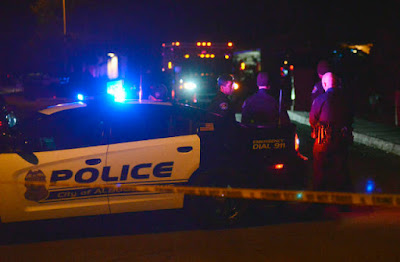 A 15-year-old Belarusian on Monday stabbed his teacher and a classmate to death while seriously injuring two others, authorities said, in a rare school attack in the ex-Soviet nation.

The teenager arrived at school before the first lesson and stabbed his history teacher in the neck, fatally injuring her. He then entered a neighbouring classroom and killed a student, before escaping via the window and injuring two more.

Police arrested the attacker some two hours later, according to reports.

The regional office of the interior ministry confirmed a 53-year-old teacher and one student had been killed, while two other students were in intensive care.

The incident took place in Stolbtsy, a town 40 miles (70 kilometres) south-west of the capital Minsk.

The attacker deleted his social media presence the day before the killings, according to media.

School killings are rare in authoritarian Belarus and elsewhere in the former USSR.

In October last year a student at a secondary school in Kerch, Crimea, killed 20 people and injured more than 40 others in a planned gun attack.

Authorities then blamed “globalisation” and “social networks” for bringing the phenomenon of school shootings from the United States.