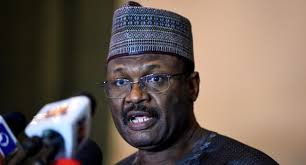 The Independent National Electoral Commission (INEC) on Thursday said its decision on the Court of Appeal judgment on the Zamfara State All Progressives Congress (APC) primaries would not be based on the “opinion of any external solicitors.”

INEC’s Director of Voter Education and Publicity, Oluwole Osaze-Uzezi, stated this in Abuja.

He said the commission was still studying the judgment of the Court of Appeal, adding that it would make its “position known in due course.”

Recall that a senator from the state, Kabiru Marafa, had at the Court of Appeal in Sokoto challenged the judgment of a Zamfara State High Court, which gave the APC the go-ahead to field candidates during the 2019 polls.

On Monday, there were reports that the Court of Appeal nullified the APC primaries in the state on the grounds that the party did not conduct any primary election.

After the judgment of the Court of Appeal, INEC on Tuesday suspended issuance of certificate of return to the governor-elect of the state, Alhaji Muktar Shehu.

The state APC, the state governor-elect and other winners of the 2019 elections on the platform of the party in the state had on Tuesday written to INEC.

Oluwole-Uzezi told said they won’t rely on what politicians said, but to study the judgment of the Court of Appeal.

Meanwhile, the Marafa-led faction of the APC in the state on Thursday wrote to INEC, asking for the withdrawal of the certificates of return issued to Governor Abdulaziz Yari and other candidates of the party who emerged victorious in the February 23, 2019 National Assembly elections in the state.

He urged the commission to obey the March 25, 2019 judgment of the Court of Appeal in Sokoto by withdrawing the certificates of return which it said were “erroneously issued” to the persons.

The letter, which was addressed to the Chairman of INEC, Prof. Mahmood Yakubu, was titled, “Please withdraw certificates of return already erroneously issued to some persons based on purported elections whose alleged primaries have been voided by the Court of Appeal, Sokoto Division in Appeal No. CA/S/32/2019; Between Senator Kabiru Sokoto and 140 others Vs Sanusi Liman Dan Alhaji and 41 others.”

“We humbly urge you to use your good offices to withdraw the certificate of return already erroneously given to some respondents in the above appeal,” Ozekhome said in the concluding part of the letter.

He stated on behalf of his clients that by virtue of the Court of Appeal’s judgment, Yari and others were “erroneously included in the election” and as such, were not deserving of being issued certificates of return.

He stated, “Having been erroneously or deliberately ‘included in the election’ now pronounced illegal and void by the Court of Appeal by virtue of its being predicated on fatally flawed primaries, there is no basis whatsoever, whether in law, or under the Constitution, for those persons who emerged from this flawed process to hold on to, or keep in their custody, the certificates of return to which they were never entitled to in the first instance.

“Afterall, INEC is always in a position to re-issue fresh certificates of return to them in the most unlikely event that the decision of the apex court sways in their favour.” 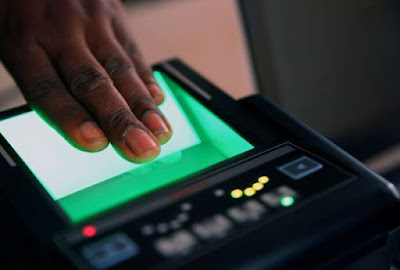