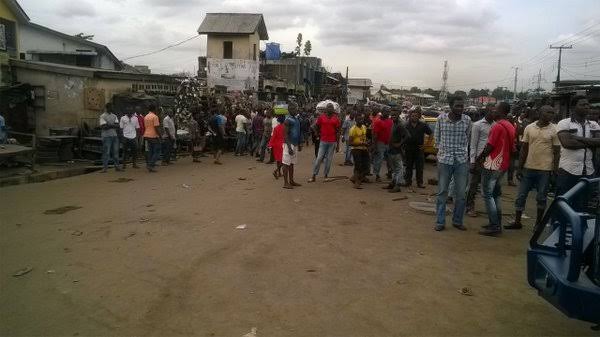 Drama in Umuahia community as a yet-to-be identified man who raised alarm that his manhood got missing has declared that it has finally returned few days after its disappeared.

The terrible incident happened on Oboro Street when a man stopped a Hausa fruit hawker to buy tiger nut.

According to report, the man after buying the tiger nuts and was about going into his shop to get money to pay for what he bought when the Hausa man touched his cloth in pretence he was removing a stain from the cloth.

The man noticed some changes inside of him barely seconds after the Hausa man touched his cloth. He touched his penis and discovered that it had disappeared.

Recall that there were speculations that the penis has travelled far and can not be returned.

According to local reports, it was learnt that the tigernut seller has returned the manhood but its not working yet.

“The manhood has not started working, not even for urination. The Hausa man said it will function this week”.

Herdsmen Open Fire on Nollywood Stars, Juwon Awe Kills Him On The Spot.

Nothing to celebrate on Saudi Arabian oil facility attack – Minister

Author Beta Gist Naija StaffPosted on September 19, 2019
The Minister of State for Petroleum Resources, Chief  Timipre Slyva, said he had nothing to celebrate over the attack on Saudi Arabian oil facility...
Read More

Author Beta Gist Naija StaffPosted on May 3, 2019
An interview that Olakunle Churchill, the estranged husband of Tonto Dikeh granted with Digital TV has emerged and we believe it’s what aggrieved the...
Read More