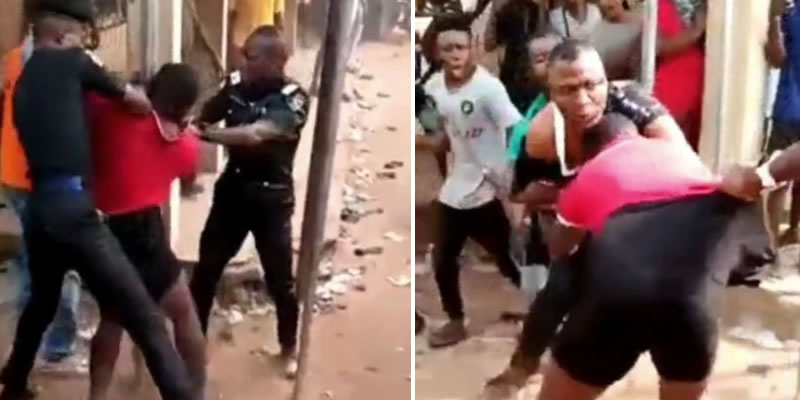 15 days after video of angry residents resisting police officers from carrying out arrest went viral, another video of a tricyclist and a Divisional Police Officer (DPO) engaging each other in a fight has surfaced.

The Police DPO engaged the tricyclist for allegedly bashing his car.

Inside the video which was uploaded by a Facebook user identified as Frankline Tonichukwu Ibe, the DPO of a Police station in Uratta, the Owerri North LGA headquarters can be seen fighting with the tricyclist.

According to the local reports, the tricyclist allegedly bashed the police officers car which led to an argument and resulted into a fight after the police officer tried to arrest the cyclist and take him to the station.

A yet-to-be identified woman alleged that the DPO demanded for the sum of N7,000 to repair his car after it was bashed which was not provided by the tricyclist and later led to fight.

Inside a 2-minute video, yet-to-be identified woman can be heard yelling that the DPO is fighting as the duo can be seen dragging themselves.

Few moments later, gunshots can be heard in the video as people wrestle with the DPO to rescue the boy but unfortunately for the people, two police officers arrived at the scene and the tricyclist was arrested.

A Facebook user who shared the video on the platform wrote;

“Shame to Nigerian police. DPO in Toronto junction Urratta in owerri North yesterday 24th January 2020 fighting and intimidating ordinary keke bus driver after spoiling his vehicle. This is the type of police that protected Imo state supreme Court Governor the 388 pulling unit fake result shit”. This can only happen in Nigeria. Nigeria which way?” 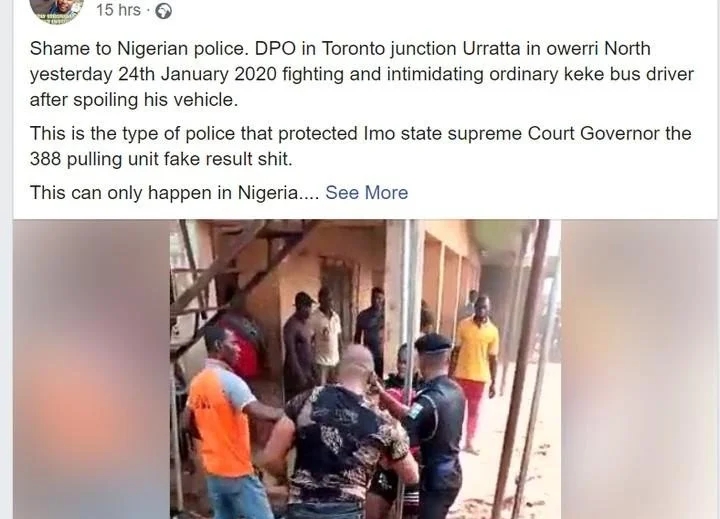 “I am the most stubborn she-male in my family” – Bobrisky reveals.

Author Beta Gist Naija StaffPosted on November 19, 2019
The Minister of Information and Culture, Alhaji Lai Mohammed says the National Union of Journalists (NUJ), Guild of Editors and their members have more...
Read More