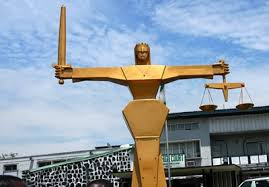 55-year-old Nigerian man, Chike Eze, has asked the Customary Court of Appeal in Lagos state to dissolve his marriage before he kills his wife.

In a petition he filed before the court, Eze said there is no more love between he and his wife Racheal, and he wants their marriage annulled as soon as possible.

Appearing before the court on Monday February 10th, Eze prayed the court to dissolve his marriage to Rachael as the dissolution will “save him from committing murder’’. According to him, she has not given him peace in the last two years

“She is pushing me to the wall,” Eze told the court. “If I should retaliate, I will kill her. I don’t want to kill her, so that I will not be charged to court for murder. The best option is for the court to end our marriage so that we can go our separate ways. She always hits me with dangerous weapons which inflict wounds on me. Rachael fights and rains curses on me every day. She once deflated my car tires and tore my clothes to pieces on several occasions.

“The last time, she picked up a standing mirror and threw it at me. The mirror landed on me and caused severe injuries on my leg. I have several scars on my body as a result of her assault on me,’’ he told the court

He presented pictures of the injuries and scars to the court as evidences. He said that his wife went out on various occasions without his consent and whenever he queried her, she would say that she owned her body and could do anything with it.

In her defense, Rachael denied all the allegations and accused her husband of infidelity. The case was later adjourned to a later date for further hearing.

Another Korean actor found dead in his apartment

Author Beta Gist Naija StaffPosted on October 25, 2019
No fewer that 50,000 people have been ordered to flee their homes north of the US city of Los Angeles, California, as a fast-moving wildfire driven by high...
Read More