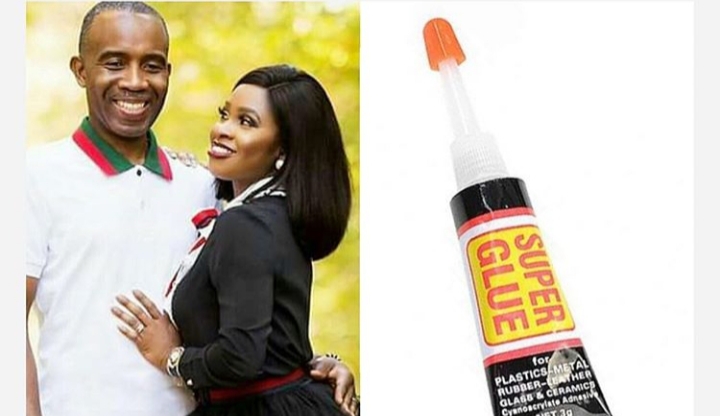 Following reports of his wife seeing other men and extra-martial affairs, a 36-year-old man identified as Denis Mumo reportedly sealed his wife’s vagina with super glue.

According to local reports, Denis who was planning a business trip to Rwanda and regular traveller shocked villagers after sealing wife’s private parts.

The Police have arrested the 36-year-old man after his wife was rushed off to the emergency room where she suffered medical complications and excruciating pain.

In a confessional statement, Mumo disclosed that he was guilty of gluing her genitals but only because he believed she had adulterous ideas after he found out she had plans with 4 men after reading the messages on her phone.

Mumo also revealed nude photos her wife had sent to the man with the caption “Next week will be more fire”.

According to police, Mr. Mumo will face charges of domestic violence with assault and damaging her reproductive organs and risking to make her infertile.

Reacting to the incident, the lawyer of the husband declared that the suffering was in part justified and the woman should be administered 100 lashes to prevent further “misunderstandings” between her and her husband.

The evidence and nude photos will be presented in the court, the lawyer stated.

The husband will appear in Kitui court on Monday to face charges.

Video: ‘Kneeling down to propose to a lady in Igbo tradition means handing over control to her’ – Pete Edochie`

Author betalensPosted on January 23, 2020
Nollywood actor Pete Edochie has condemned the act of getting on one knee to propose marriage. The actor said the western tradition is wrong...
Read More

Author Beta Gist Naija StaffPosted on July 30, 2019
The late filing of an application by lawyers to Atiku Abubakar and the Peoples Democratic Party (PDP) stalled the planned hearing on Tuesday of...
Read More