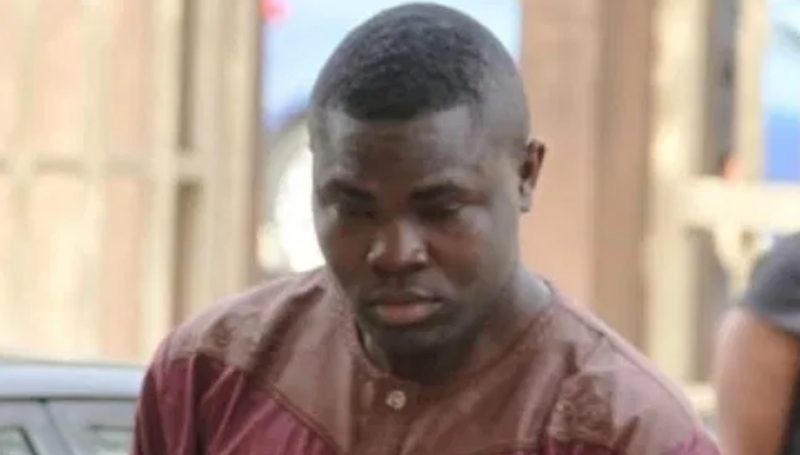 A Nigerian man identified as Abdulrauf Alade Owolabi has been sentenced to one year imprisonment by Justice Oluwatoyin Taiwo of the Special Offence court sitting in Ikeja, Lagos.

Owolabi who was sentenced with an option of N250,000 as fine for being in possession of false documents and obtaining money by false pretence to the tune of $5,000.

Following his arrest in connection to a case reported against him during an operation tagged “Operation Rewired” between the Commission and the Federal Bureau of Investigations (FBI), the convict was arraigned on a two-count charge by the Economic and Financial Crimes Commission, EFCC, Lagos Zonal office, on Thursday, February 6, 2020.

One of the counts reads

“That you, Abdulrauf Alade Owolabi, sometime in 2018 in Lagos, within the jurisdiction of the court, and with intent to defraud, represented yourself as Courtney Lopez and defrauded one John Howard, an American Citizen, an aggregate sum of $5,000  under the pretext that you are in love with him and made a promise of marriage, a representation you knew to be fraud and committed an offence contrary to Sections 1 (3) of the Advance Fee Fraud and other Fraud Related Offences Act No: 14 of 2006.”

He pleaded guilty to the charge when it was read to him.

Abacha’s family loses bid to access bank accounts in Switzerland, UK and others

Author Beta Gist Naija StaffPosted on November 20, 2019
Interswitch Group has been recognized as the inaugural winner of the Linkedin Sub-Saharan Africa Rising Star award at the 2019 edition of the Linkedin...
Read More

NAFDAC warns Nigerians against use of non-iodized salt

Author Beta Gist Naija StaffPosted on September 17, 2019
The National Agency for Food and Drug Administration and Control (NAFDAC) has advised Nigerians to stop the consumption of non-iodized salt, saying, “it is...
Read More