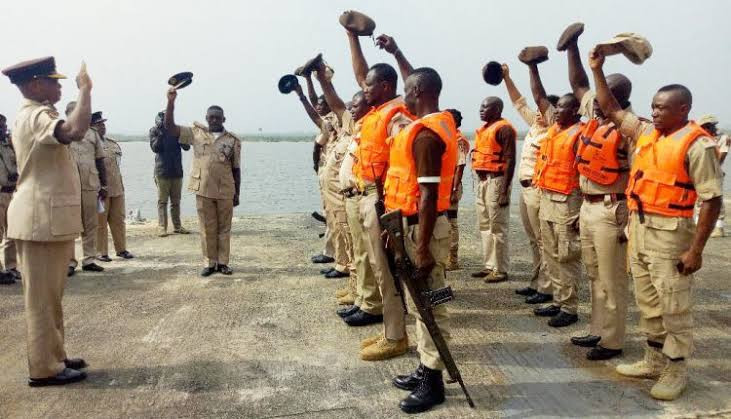 Five stowaways aboard a vessel en route Las Palmas in Spain, have been arrested by the Lagos Seaport Command of the Nigeria Immigration Service (NIS).

The suspects were discovered in the vessel when it was about 156 nautical miles off Lagos shoreline.

In a statement released by NIS spokesman Sunday James, Comptroller of the Command Olubushola Fashakin cautioned desperate youths from “embarking on “risky adventures”.

Nigerian youths were also urged to think twice before embarking on unwarranted travels by all means. The arrested suspects have been handed over to the Port Police Command (PPC)

Trump officially expands the travel ban to Nigeria, others

Author Beta Gist Naija StaffPosted on June 18, 2019
This was contained in a statement by his Chief Press Secretary, Kunle Somorin. It named a 13-man committee to coordinate the activities of road...
Read More

Author Beta Gist Naija StaffPosted on October 5, 2019
A political group in Nigeria says there are fresh plots aimed at tarnishing the reputation of Vice President Yemi Osinbajo by some political actors...
Read More

Author Beta Gist Naija StaffPosted on August 31, 2019
The US embassy in Nigeria has announced that its offices in Abuja and Lagos would be closed on Monday in honour of Labour Day...
Read More

Gossip Lifestyle News
Author KelechiPosted on October 23, 2020
The United Nations Working Group on Arbitrary Detention has declared the detention of Sahara Reporters publisher, Omoyele Sowore, by the Federal Government for about...
Read More