Professor Akin Abayomi, the Lagos state Commissioner for Health, has given an update on on the treatment of the Italian man diagnosed with Coronavirus in the state. 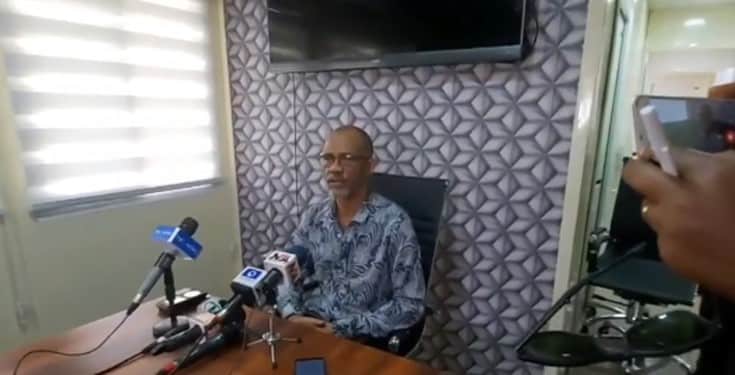 At a press conference held on Saturday afternoon, the Commissioner said the Italian patient has been moved to the state’s completed ward which was recently renovated with full complement of facilities

This comes hours after Punch’s report claimed the man threatened to escape from the ward because of the poor living condition.

I have spoken to him myself, he is doing very well, he is comfortable; he was comfortable yesterday and he is comfortable today. He was initially kept in a single isolation room for his privacy when he was brought in because part of the facilities at the Mainland Hospital were being renovated, he has been moved to one of the newly renovated wards” he said

The commissioner added that the Italian patient is recuperating

As of this morning, his condition has improved, he hasn’t developed new symptoms but he still got a mild fever and we will be running test to see what the situation is with the virus in his body and as soon as we get a negative screen, we will keep him for another 2-3 days and repeat the test to make sure that there are no more virus particles in his saliva and that means that he will not be contagious. Then, we give the OK for him to be released back into the community” Professor Abayomi said

Watch a video from the press conference below;

Author Beta Gist Naija StaffPosted on September 24, 2019
A former Director of the Central Bank of Nigeria (CBN), Dr Titus Okunrounmu, has warned that the continued closure of the country’s borders would...
Read More

Author Beta Gist Naija StaffPosted on November 5, 2019
The embattled NIBSS still in the mud as management takes more affirmative stept straighten the facts. Communicating at a news conference, spokesperson for the...
Read More

Author Beta Gist Naija StaffPosted on September 14, 2019
Aggrieved members of the All Progressives Congress, APC, have again obtained a court order restraining the National Working Committee of the party from conducting...
Read More