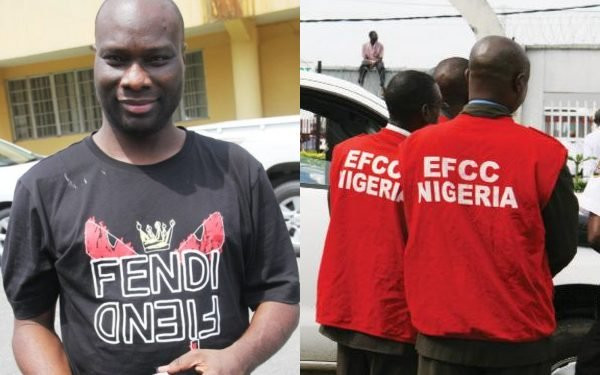 Mompha was first arraigned alongside his company, Ismalob Ventures on November 25th 2019 on a 14-count charge bordering on fraud, money laundering and running a foreign exchange business without the authorisation of the Central Bank of Nigeria, CBN.

At the resumed hearing of his case today, counsel to the EFCC, Rotimi Oyedepo, informed the court of a second amended charge against Mompha and urged the court to allow a fresh plea by the defendant. The amended 22 count charges was read over to the defendant and he pleaded not guilty.

After his plea, the defence counsel, Gboyega Oyewole SAN, urged the court to grant a short adjournment to enable him study the new charge.

He told the court that he had only seen the new charge few minutes ago before the court commenced sitting and consequently urged the court to allow him study same.

The presiding judge, Justice Mohammed Liman, ordered that the defendant’s bail of N100 million to continue and then adjourned the case until March 18 for continuation of trial.

A tricycle rider that can’t pay his kid's school fees but returns N0.5m forgotten in his tricycle by passenger going to ECWA headquarter in Bauchi.

Gani Adams: it’s time to stop kidnapping, others in Southwest

Author Beta Gist Naija StaffPosted on June 21, 2019
The Aare Ona Kakanfo of Yorubaland, Iba Gani Adams, is worried about the spate of kidnapping, armed robbery, herdsmen invasion and banditry in the...
Read More

Cardi B to visit Nigeria for first time

Author Beta Gist Naija StaffPosted on November 9, 2019
Grammy award-winning rapper, Cardi B, has officially announced that she will be coming to Nigeria for the first time The 27-year-old made the announcement...
Read More

Author betalensPosted on December 21, 2019
Nigerian cross-dresser, Idris Okuneye A.K.A Bobrisky, has flaunted his ‘new body’ following his recent liposuction procedure to have a perfect body. Bobrisky took to...
Read More