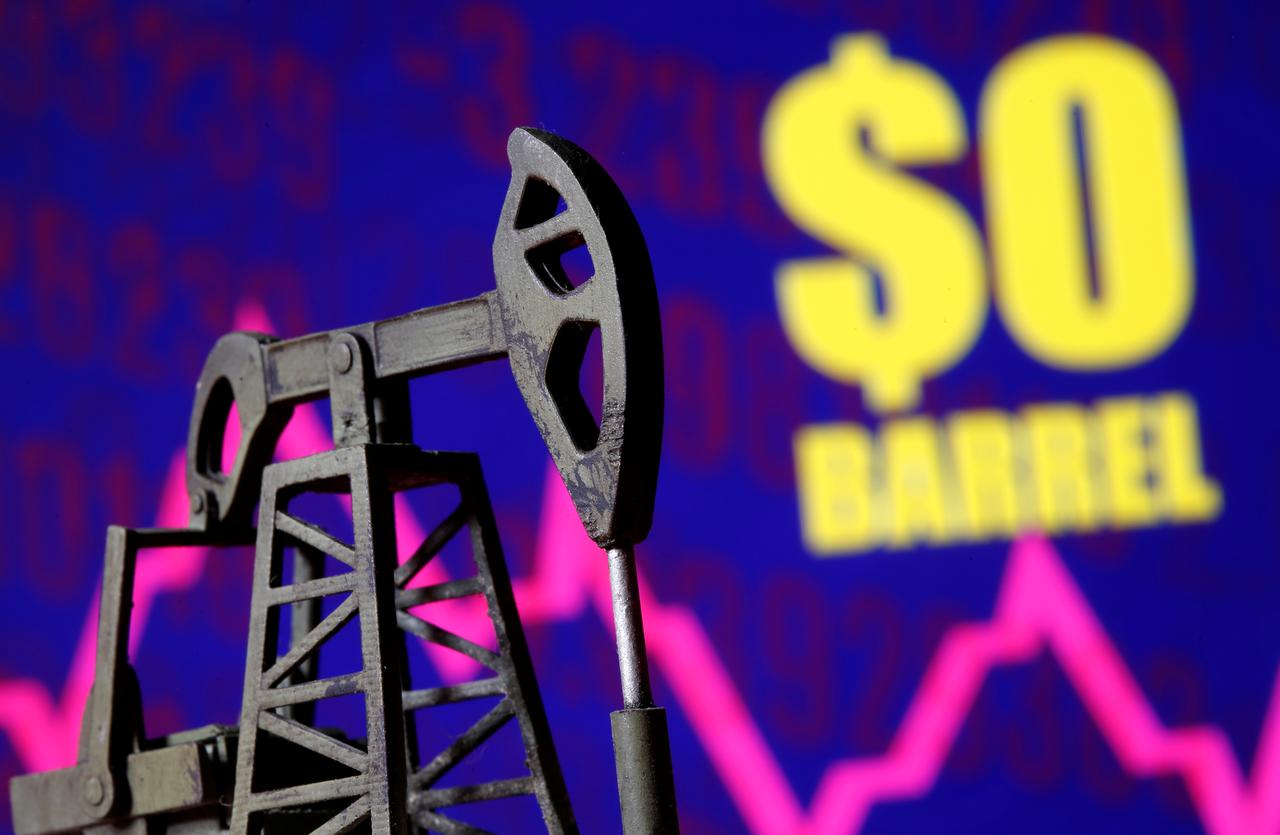 Oil price crashes below $0 a barrel

Oil price took a negative dive in the late hours of Monday April 20, as it plunged further to below $0 a barrel for the first time as the coronavirus pandemic lingers.

In a historic crash which came barely a month after experts warned oil prices could dip into negative territory, oil futures opened at their lowest level since 1983.

MarketWatch reported that the soon-to-expire May contract for the U.S. oil benchmark finished deeply in negative territory of $-37.63 a barrel. This implied that investors will need to pay buyers to take delivery of crude oil, reflecting a growing glut of crude and a lack of storage space.

With hundreds of millions of people around the world staying at home to stop the spread of COVID-19, travel by car or plane is nearly nonexistent. Factor in a major lag in manufacturing and other economic activity that requires oil and the reasons for the dramatic crash become apparent. For those still traveling, it’s not uncommon to see gas prices under $1 per gallon at stations across the US these days, though it’s left those businesses hurting.

While the OPEC Plus countries reached an agreement to slash production by more than 9 million barrels of oil per day, the latest crash shows it won’t be enough to overcome the surplus of oil currently out there today.

The one-day plunge is the largest on record going back to 1983, and also the lowest level for a contract on record, according to Dow Jones Market Data.

Oil storage facilities are still at risk of overflowing, raising the chance that some oil producers in the United States and Canada could start paying customers to take crude off their hands, according to Staunovo. Investors are particularly worried about storage reaching capacity in Cushing, Oklahoma, the main US hub.

“The collapse…is mostly a reflection of traders rolling contracts to June as no one wants to take delivery because storage capacity is getting close to being reached.

“The ever-widening discount for May versus the June contract reflects all the bearish supply and demand drivers that remain permanently in place.”

Activist Renounces his Nigerian Citizenship after Canadian Government sent him $2,290

Author Beta Gist Naija StaffPosted on December 21, 2019
President Muhammadu Buhari says instability in State of Libya is a recurring threat to the Sahel and Sub-Saharan Africa, and expressed concern over the...
Read More

Author Beta Gist Naija StaffPosted on August 29, 2019
Alexis Sanchez has touched down in Italy, ahead of his loan move to Inter Milan, according to Sky Italia. Fans of the Serie A...
Read More

Author Beta Gist Naija StaffPosted on September 22, 2019
Leader of Northern Elders’ Forum (NEF), Prof Ango Abdullahi, has declared that there was nothing wrong with the Presidency remaining in the North beyond...
Read More

Author KelechiPosted on September 13, 2020
I and my billionaire boyfriend met on a popular blog – Bobrisky says
Read More