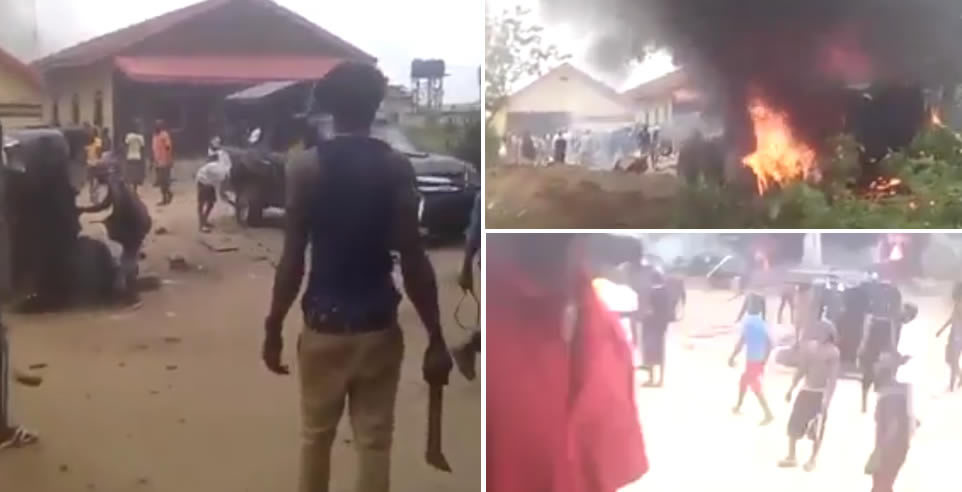 There was pandemonium during the early hours of Saturday, 18th of April in Ohafia, a local government area in Abia State after revolting youths from the community attacked a Police Station in a bid to set residents allegedly detained illegally free.

The chaos which happened amidst lock down resulted to a huge damage on the Police Station and its environment before the youths were able to gain access to set the detained residents free from Cell. All the vehicles within the vicinity were damaged whether it belongs to individuals or Nigeria Police Force and they were also set ablaze.

The Youths while carrying out the attack on the Police Station, complained about unnecessary oppression from the Security officials in the community including soldiers. They also lamented on how they injured residents and put them in cell with their injuries.

The Policemen had flee their Station, there was no sight of any officer during the attack and after the youths gained entrance into the Building. Some of residents that were detained took to their heels after they gained freedom.

According to Kalu Uche, one of the Mastermind of the attack, their mothers are in support of their action, some women and children also partake in the violent attack. He was also quoted saying;

This is Biafra land, we will not take nonsense, Fulani are here abusing our children.

See some pictures from the scene of attack below. 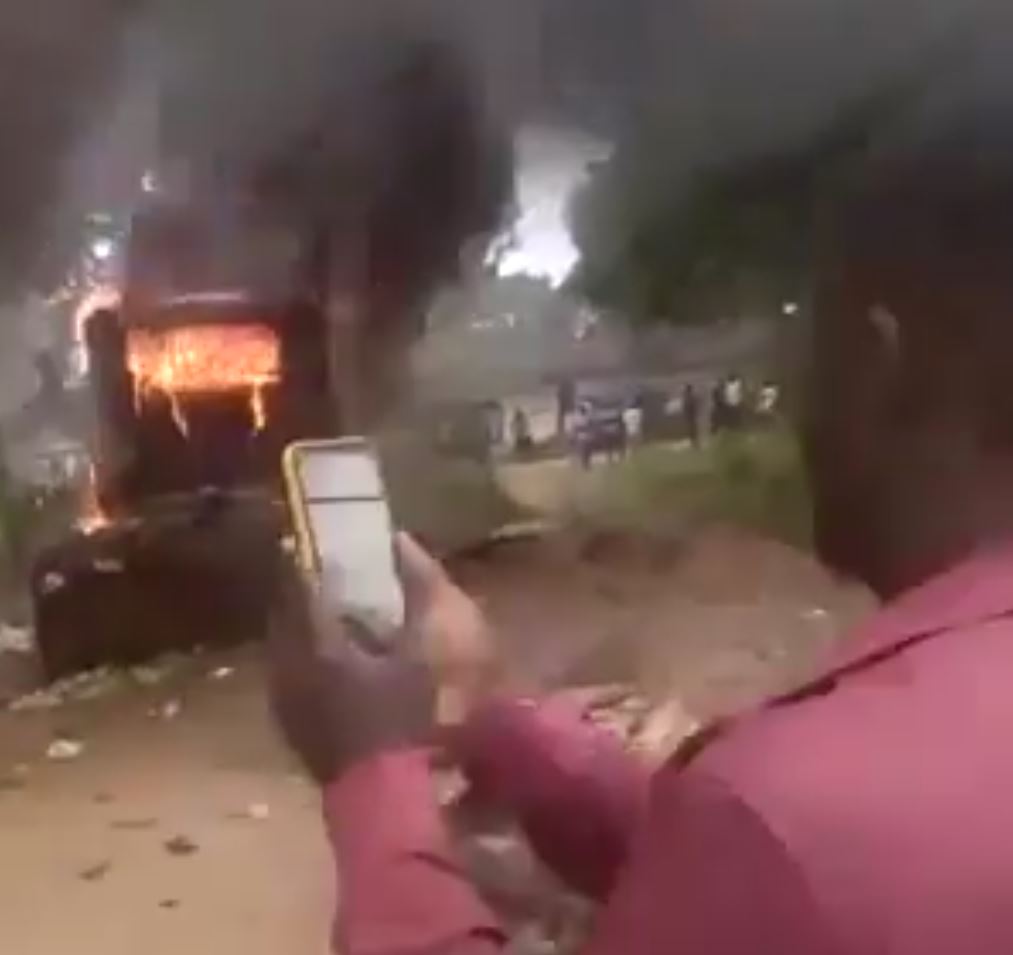 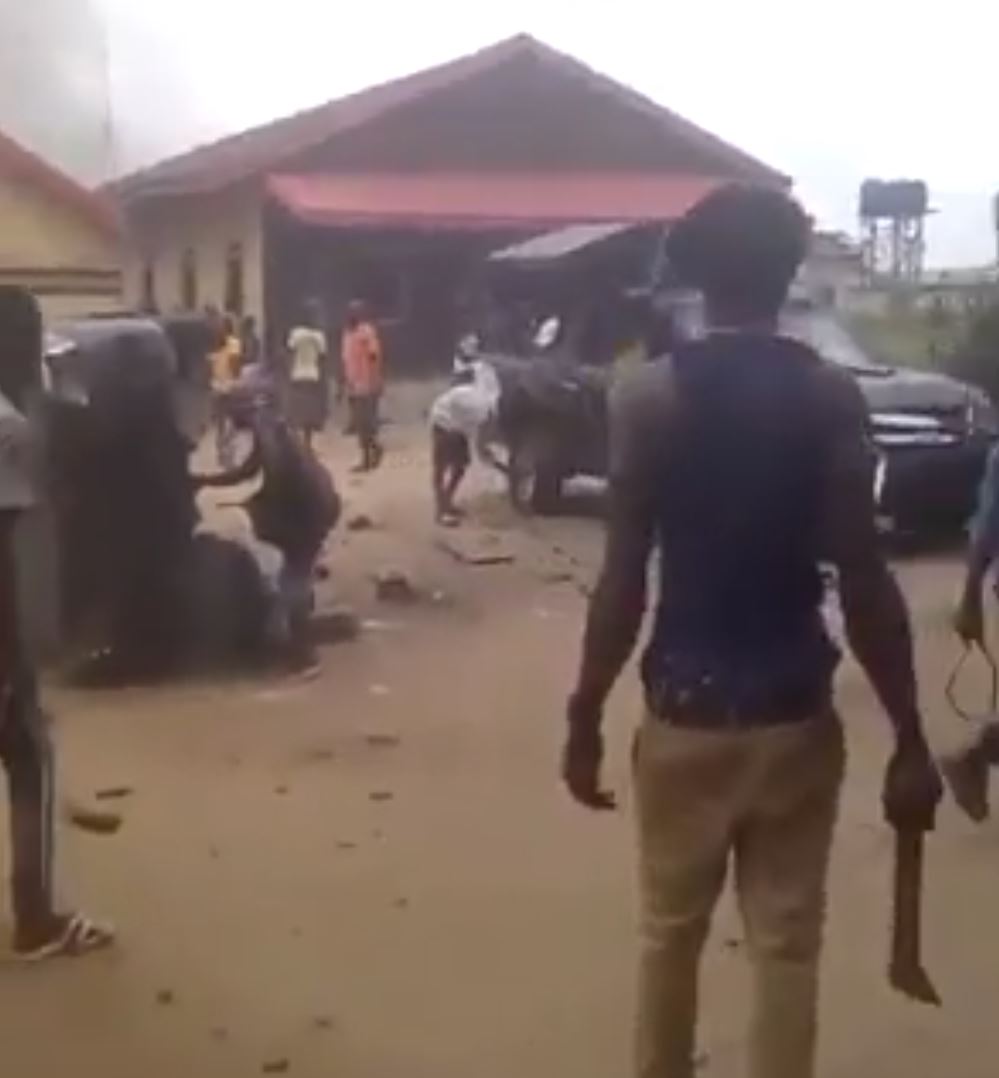 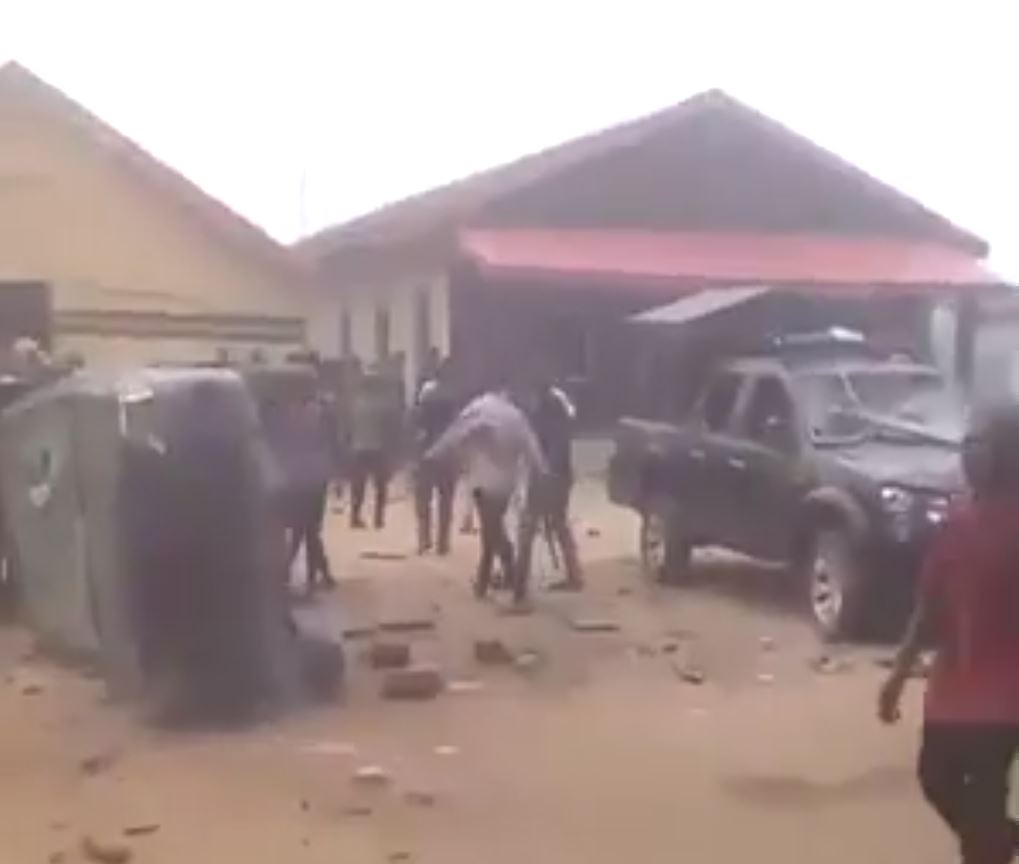 Watch video from the scene of attack below.

CharlyBoy Explains Why He Proposed To His Wife For The 4th Time After 45 Years Of Marriage.

Author KelechiPosted on November 15, 2020
CharlyBoy Explains Why He Proposed To His Wife For The 4th Time After 45 Years Of Marriage.
Read More

Author Beta Gist Naija StaffPosted on December 30, 2019
The National Youth Council of Nigeria (NYCN) has declared a three-day fasting and prayer for the unity, peace and progress of Nigeria. A statement...
Read More