Actress Adunni Ade has revealed that she has converted to Islam after being a Christian for years.

The mother-of-two said she was born to a Muslim father and a Christian mother. Her stepmother is also a Christian. She said she was raised a Muslim but her father gave them the free will to choose whatever religion they wanted.

As an adult, she attended a number of churches but said she chose to return to Islam in 2016. She adds that since returning to Islam, she feels “more filfilled*”, “happier”, and has received more blessings. She said her first son also now practices Islam.

As for how she dresses, she said it’s in no one’s place to judge what she chooses to wear.

Read what she said below. 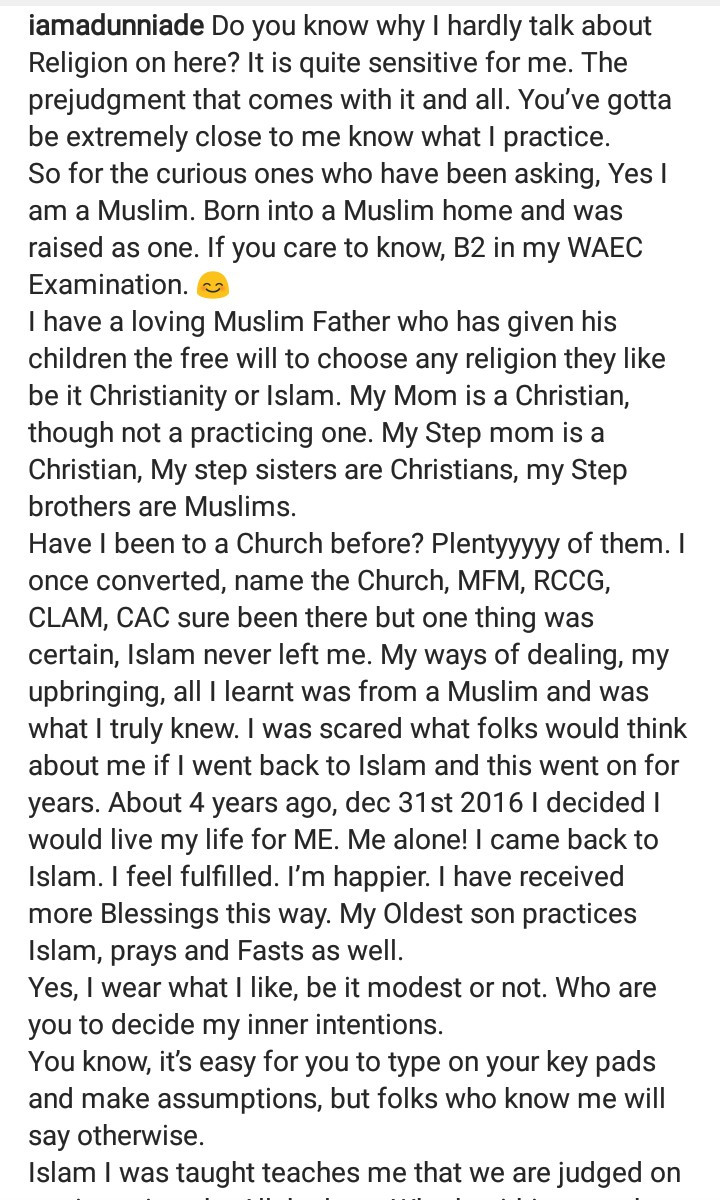 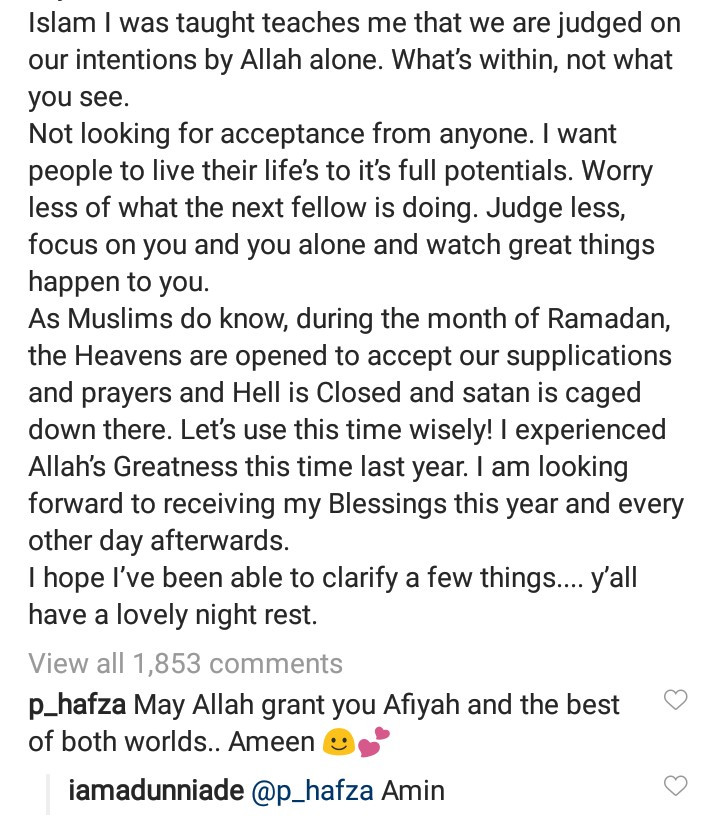 2 COVID-19 patients on the run in Borno state

Author Beta Gist Naija StaffPosted on December 3, 2019
Zimbabwe’s former leader Robert Mugabe, who died in September, left $10 million and some properties in the capital, but no will naming his beneficiaries,...
Read More

Author Beta Gist Naija StaffPosted on December 30, 2019
The Nigerian Army, such as other armed forces in Nigeria, has been involved in series of security operations to counter myriads of existing and...
Read More

Woman Uses Money She Saved From Cooking Money To Build A House, Husband Collapses In Joy

Author KelechiPosted on May 6, 2020
Woman Uses Money She Saved From Cooking Money To Build A House, Husband Collapses In Joy
Read More