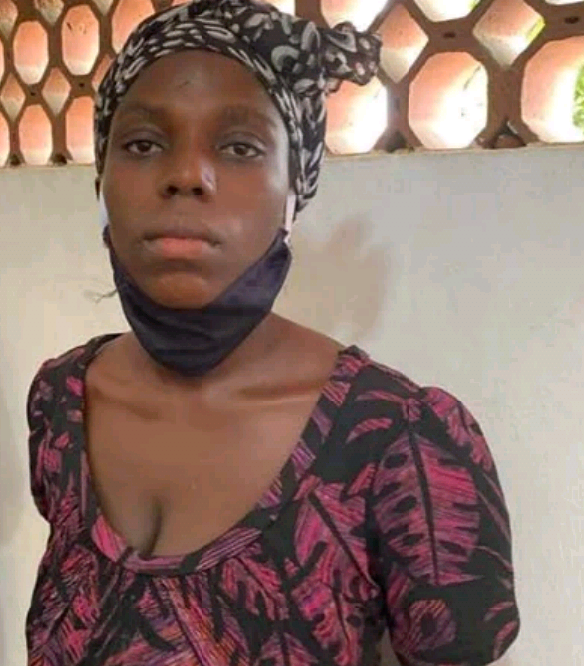 Lagos State Police Command has arrested a 22-year-old woman identified as Adisa Funmilola who drowned her one-year-old baby in her apartment at Plot 22, Gowon Estate, Iyana Ipaja, Lagos, because the child prevented her from going to university to study law.

During interrogation, the suspect said that she decided to end the life of her baby because she was tired of taking care of her. She also blamed her action on frustration, saying her baby deprived her of actualising her dream of becoming a lawyer.

According to Adisa, one Folarin Yusuf impregnated her while they were both attending a Joint Admission and Matriculation Board, JAMB, class at City of Success in Abeokuta, Ogun State capital. She said Folarin denied paternity, requesting that pregnancy be aborted.

Adisa said she agreed to have an abortion but her father heard about her pregnancy and told her to keep the baby.

Along the line, she gained admission into the Obafemi Awolowo University, OAU, Ile-Ife, Osun State, to study Law, but had to defer the admission because of the baby and this decision didn’t go well with her.

Adisa who showed remorse for her action, described how she drowned her baby

“I killed my baby and reported myself to the police. I filled a bucket with water, dipped her inside and held her head until she died. “I did it for three reasons. First, I didn’t have the financial might to take care of her. Second, I was tired and frustrated.”

“But the most painful reason is that she deprived me of actualising my dream of becoming a lawyer.” she said

”I made sure that she was no longer moving before I went to the police station to report myself. They did not believe me and thought that I was mad. It was when they finally followed me home that they realized that what I said was true. I reported myself no one arrested me,”

“I would have aborted the pregnancy, but my father advised me against it. The person that is responsible for the pregnancy rejected me. I live with my sister, who has no job and I am also not working.” She added

Asked why she didn’t take the child to an orphanage home or put the child up for adoption and if she was aware of the magnitude of her offence, Adisa said;

“ I wanted to drop her at the church but I realized that it was only death that will free me from that child. I am not in school because of her and even if I tell my father, he will also force me to stay and take care of the baby. My life will be ruined. “

“If they kill me no problem. The most important thing is that I have killed the baby and I am free from that baby. I don’t care.” She said

A woman who is reportedly Adisa’s elder sister said that there is a possibility that Adisa is mentally ill. She said she was at home on the day of the incident, but never knew what her sister was up to until policeman stormed their apartment.

“Yes, we live together. I was in my bedroom while she was in hers. I didn’t know when she drowned the baby.

“I suspect she is mentally deranged because our mother had a similar mental issue before she died. I believe she inherited it because I cannot understand why she did it.”

The suspect was taken to the command headquarters in Ikeja, on Tuesday, May 12, from where the Commissioner of Police, CP Hakeem Odumosu, directed that she should be transferred to the State Criminal Investigation Department, SCIID, Yaba Panti for further investigation and possible evaluation of her mental health.

Twitter tells employees they can now work from home 'forever'

Angry Nigerian Man Locks 2 NEPA Staff In His House, Beats Them To Pulp

Author Beta Gist Naija StaffPosted on July 31, 2019
n the early hours of today, an angry man locked up this 2 Nepa Staff and gave them the beating of their lives after...
Read More

Author Beta Gist Naija StaffPosted on June 17, 2019
Ex-BBNaija house mate, Cee-c stuns in lovely attire as she says she rather bling in gold. Gistvic Reports. She was all looking peng to...
Read More

Brazil vs Nigeria: Troost-Ekong speaks ahead of clash, reveals inspiration from Senegal