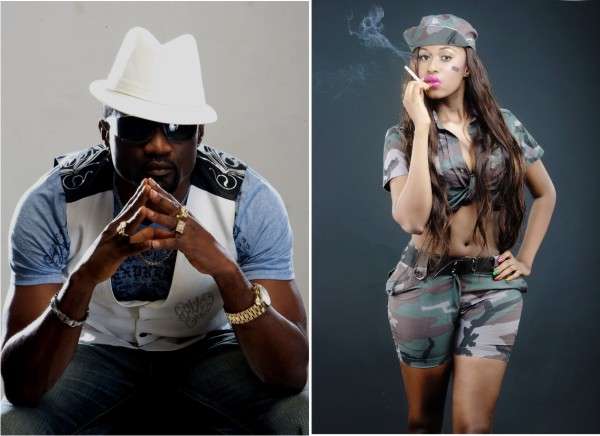 I had dirts on Jude Okoye, but I didn’t fight him because I didn’t think it was necessary – Cynthia Morgan talks about losing everything to the music executive (video)

Cynthia Morgan has opened up on her travail after an issue she had with the CEO of her former record label ‘Northside Records’, Jude Okoye.

In an Instalive chat with former Miss Globe Nigeria, Cassandra, the dancehall star recalled losing her stage name “Cynthia Morgan”, her VEVO account, royalties, Instagram account and other things due to the contract she signed and the record label issue she had with the music executive.

According to the singer, she had dirts on Jude Okoye and would have won if she pushed further, but she decided at that time that it wasn’t necessary.

She however became depressed thereafter and had to relocate to Benin to save cost for treatment of an illness that almost took her life.

On why she didn’t open up at that time, Cynthia Morgan who now goes with the name “Madrina” said wasn’t ready to talk as she believed it was a phase of life she would surmount. She also admitted that some of colleagues in the music industry reached out to her, but she didn’t say anything because it was all centered on work which she wasn’t ready to get back to then.

The singer who disclosed that she doesn’t want to sign under a label anymore, said she is now open to partnership and hoping to stage a comeback.

Wtach the video below;

When it comes to sacrifices made in marriage, I don’t think we men deserve to be on the same seat with women – Nigerian man says

Nigerian artists in Europe creates a United association.Artist/Dj's Hall Of Fame {A.D.H.O.F} Check out the list of executives

Russia to File Lawsuit against US and Germany

Author Beta Gist Naija StaffPosted on August 5, 2019
The Foreign Ministry will submit to US and German authorities information on how their diplomats and media interfere in Russia’s internal affairs by reporting...
Read More

Little boy who asked his mum to “calm down” bags ambassadorial deal.