Susan Okpe, the woman named as the index case of COVID-19 in Benue state, shared a video as she packed her things to leave the Abuja isolation centre after being “detained” for “58 days”.

All through her stay in the isolation centre, Mrs Susan Okpe insisted that she doesn’t have the deadly virus and refused to take medications unless she’s shown the “real” result of her test.

She said the result she was shown was fake because the information therein were not hers, including the age and date of admission.

She also refused to take another test that will confirm if she’s now negative for COVID-19.

After she rejected further tests and treatments, she said they eventually released her after health experts said that she has met the WHO requirements.

“I’ve just been given my test and they said I’m still positive, but I can go, that I’ve met the WHO requirements,” she said.

“I’m finally leaving the detention centre. I’m leaving the incarceration center,” she added as she packed her bags and left the isolation centre in a video she shared online. 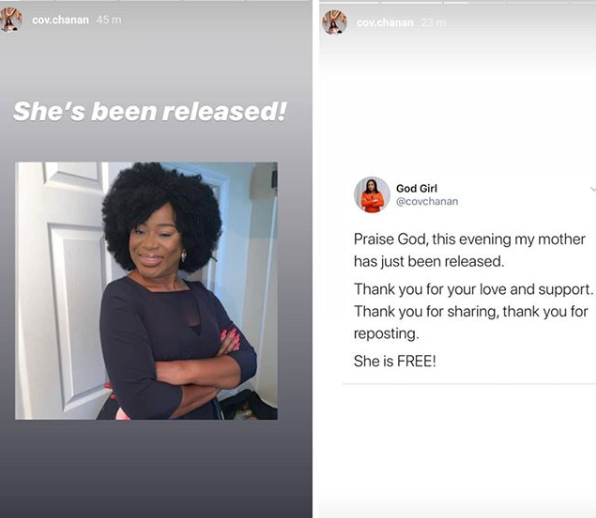 She added that she cannot reveal where she’s going to, for security reasons, but promised to release another video when she’s settled.

Below is the video of her leaving the hospital.

You're ignorant and it stinks - UK-based doctor, Idee Charles slams Pastor Ibiyeomie for questioning the existence of Coronavirus (video)

‘I have been living in prison all my life’ – Charly Boy

Author betalensPosted on June 23, 2019
In a chat with Potpourri, veteran Nigerian entertainer, Charles Chukwuemeka Oputa, aka Charly Boy, said; “it’s been quite a long time that we were born into...
Read More

Tears as man hangs himself with a towel in Edo

Author KelechiPosted on May 9, 2020
Tears as man hangs himself with a towel in Edo
Read More

Gossip Lifestyle News
Author KelechiPosted on November 24, 2020November 24, 2020
Some men of the Nigerian Army have been arrested after they were filmed assaulting a young man in Asaba, Delta state. The young man...
Read More