Man scatters his car saying his sugar daddy, lover, and rival are in the trunk, but no one can see anything (video)

A man, who is believed to be high on drugs, caused a scene at a retail store in Texas when he refused to get in his car because his “sugar daddy, lover, and rival were in the trunk and wouldn’t leave.”

The man – who insists he’s not high on drugs even though spectators say he is – said he wouldn’t get in his car until the three people in his trunk leave.

When told that nobody was in his trunk, he insisted that three people were there and he took witnesses there to see for themselves.

The trunk was empty and the people told him so. But he insisted that they were just pretending not to see the people in his trunk.

The man, 29, pointed at the spots where he said the imaginary people – Ken, Dewan, and Scott – were sitting and told the witnesses to listen because the men were talking.

He admitted there’s meth in his bag but said he’s not high on meth. When told to quickly drive off before the police arrives and sees him with the meth, he said he’s actually looking forward to the arrival of the police so that they can get rid of the men in his trunk before he kills somebody and soils his ”impeccable” record.

The man’s car was jacked up in the video, even though he didn’t have a flat tire. Also, all the doors to the car were wide open and so was the trunk. The contents of his car were lying on the floor of the supermarket car park. He said he opened the doors so the three men in his car can leave. 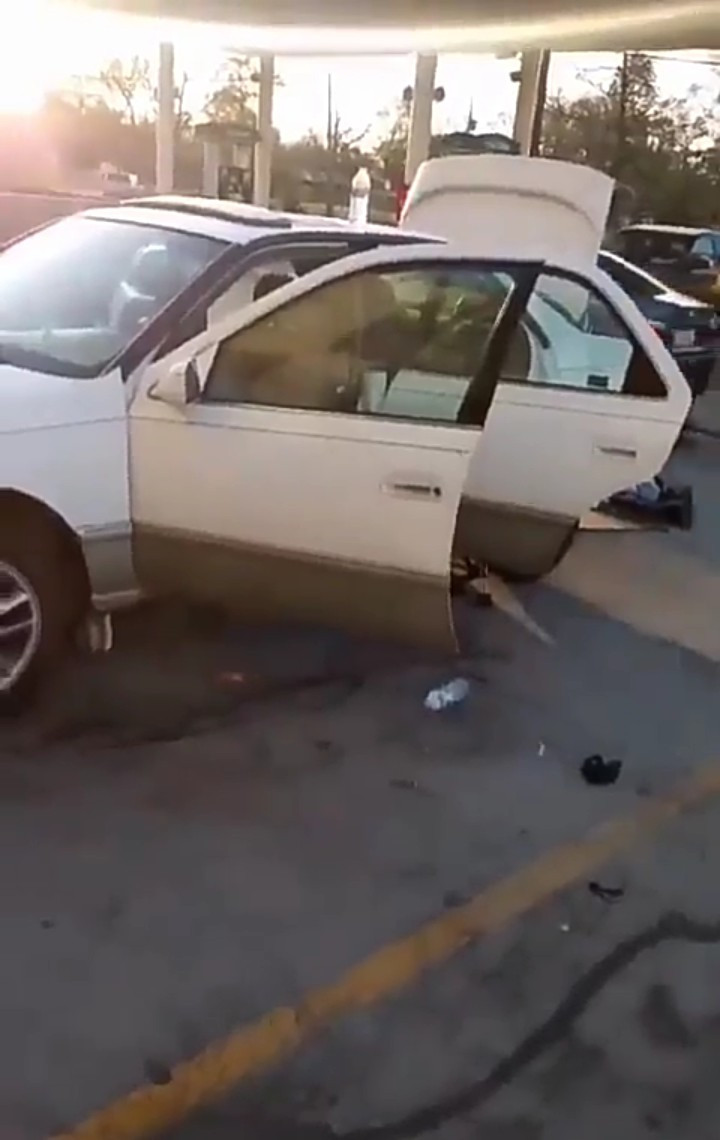 Another 319 Nigerians evacuated from South Africa

Author Beta Gist Naija StaffPosted on October 16, 2019
U.S. senator, Kamala Harris, seized the Democratic presidential debate on Tuesday night to advance her proposal for the suspension of President Donald Trump’s Twitter...
Read More
Gossip Lifestyle
Author betalensPosted on December 20, 2019
A video of a Nigerian bride being walked down the aisle in an outdoor ceremony is currently trending on social media. However, while most...
Read More

Author Beta Gist Naija StaffPosted on January 8, 2020
A pregnant woman has tragically passed away after being involved in a really fatal car crash. Ginika Ikegwuonu Okechukwu A pregnant woman identified as...
Read More