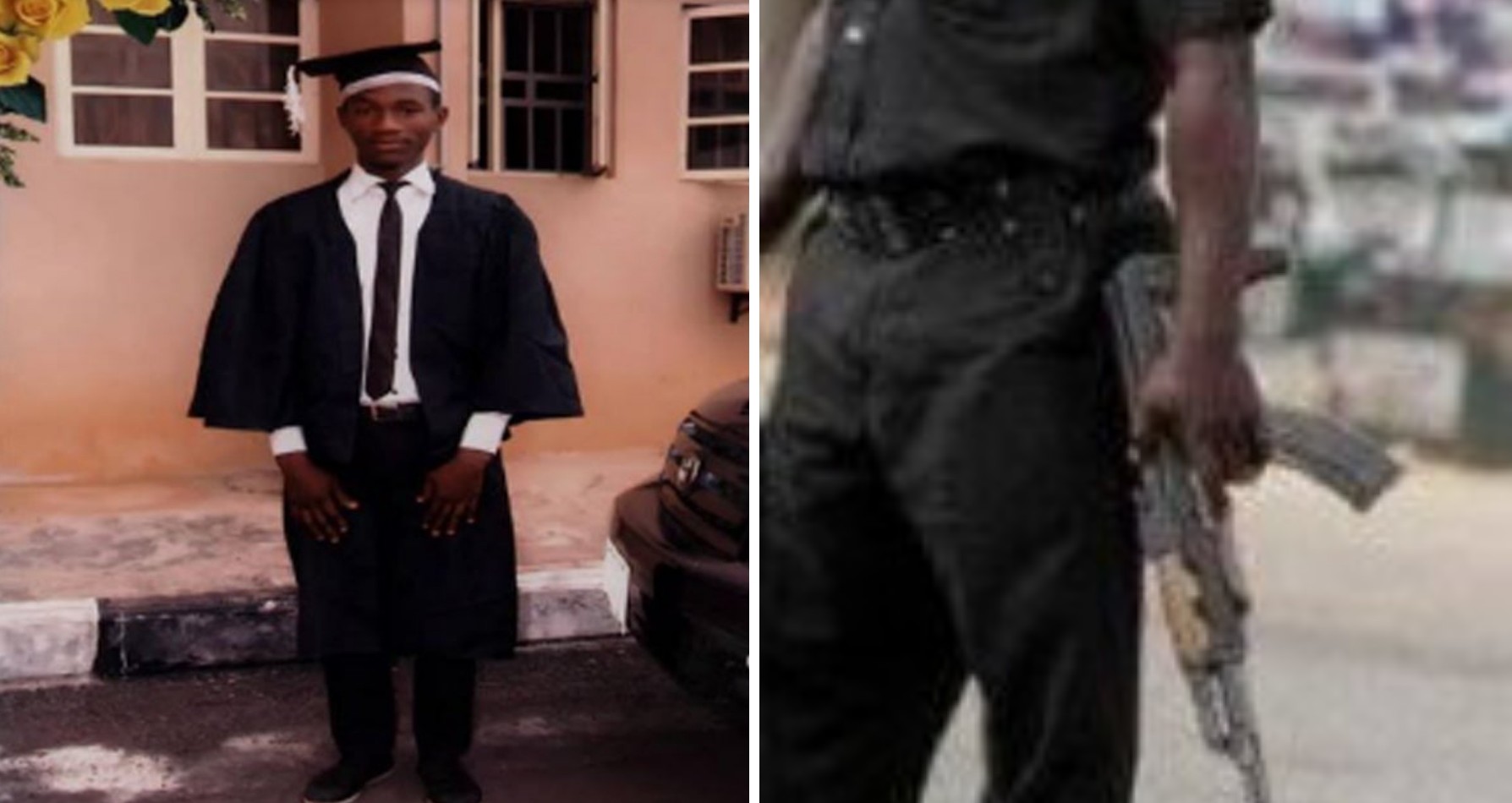 Fear gripped residents of Nsukka Local Government Area of Enugu State over the death of a 27-yr-old 500 level Law student of Nnamdi Azikiwe University, Awka, Augustine Ugwu, who was allegedly murdered by an officer of Nigeria Police Force at Nsukka.

The deceased was said to have gone to a beer parlour at Odobido in Nsukka council area with his friend (name withheld) where he was trailed by a local security outfit constituted by the chairman of the local government area, Patrick Omeje.

It was gathered that the deceased had just arrived the beer parlour and ordered for a drink when members of the local security outfit (Civilian Anti-cult) arrested him and after beating him, handed him overs to the officer in charge of Anti-cult in Nsukka, Ferdinand Ochi, who allegedly murdered him over a yet-to-be-identified issue.

The father of the deceased, a retired police officer, Andy Ugwu, informed Vanguard that all efforts he has been making to unravel the circumstances, which led to the death of his son and equally claim his remains have been futile.

He said: “I reported the case to Nsukka Divisional Officer, DPO, who instructed me to go to O. C Anti-cult, DSP Ferdinand Nnamdi Ochi, to tell me the whereabouts of my son since the local vigilante outfit handed my son over to him.

“When I met him in his office he said the police command directed him not to be receiving any suspect since the outbreak of COVID-19 and that nobody made any case related to me in his office.

“To my surprise, I saw people making entry of their cases in his office. That was when I began to suspect foul play. On leaving his office, an unknown number called and informed me that it was DSP Ochi who killed my son.

“I reported my encounter with him to the DPO and he instructed me to take my complaints to the police area command at Enugu.

“So, it was at Enugu that the area commander instructed the Nsukka DPO to commence a preliminary investigation into the matter while I can go anywhere with my petition. It was on the strength of that advice that the DPO reluctantly accepted to commence the investigation.

“I was expecting the suspects to be arrested but that never happened. On Wednesday, the local government chairman, Omeje, brought members of the security outfit, who arrested my son, to the divisional police command at Nsukka where their statements were taken.

“I was expecting that they would be detained for a high profile case of this nature, but they were left to go scot-free just within an hour. That was when I shed tears. Is it because I am no longer in the system? This is a son I have trained up to university level. He is a final year student of Law at Nnamdi Azikiwe University, Awka.

Author Beta Gist Naija StaffPosted on December 13, 2019
Some policemen deployed to Kogi State from Ekiti state police command for the conduct of the November 16 , 2019 Governorship election have expressed...
Read More

No shaking: I’m in for Bayelsa governorship poll – Lyon

Gossip Lifestyle
Author betalensPosted on January 20, 2020
Popular Nigerian Actress, Eniola Badmus made the most of herself as she was recording a video for her teeming fans on social media. Badmus,...
Read More

Bambam, Reveals She And Teddy A Are Expecting A Baby, Shows Off Baby Bump (Photos)