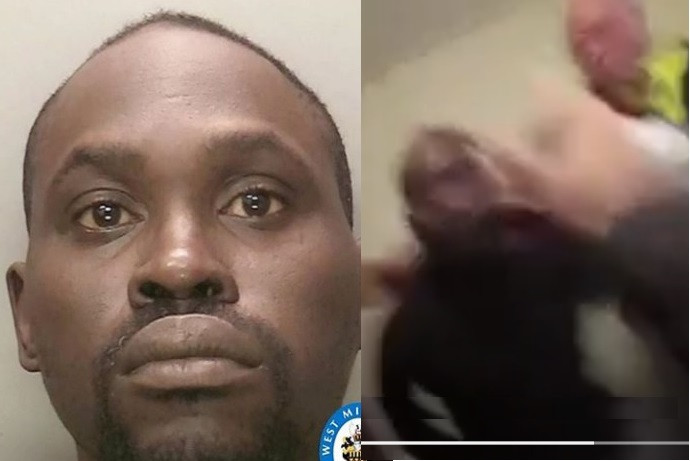 The moment a Nigerian man spat blood into the eyes of a female police officer after being arrested in the UK, was captured by bodycam.

Temisan Oritsejafor launched the sickening attack on PC Annie Napier as she detained him after he assaulted his neighbours.

In the video shared by the West Midlands Police on Friday, 41-year-old Temisan?? Oritsejafor was filmed getting handcuffed at a block of flats in Coventry on April 18 before he spat at PC Annie Napier. A male officer then gets him in a headlock and wrestles him to the floor. 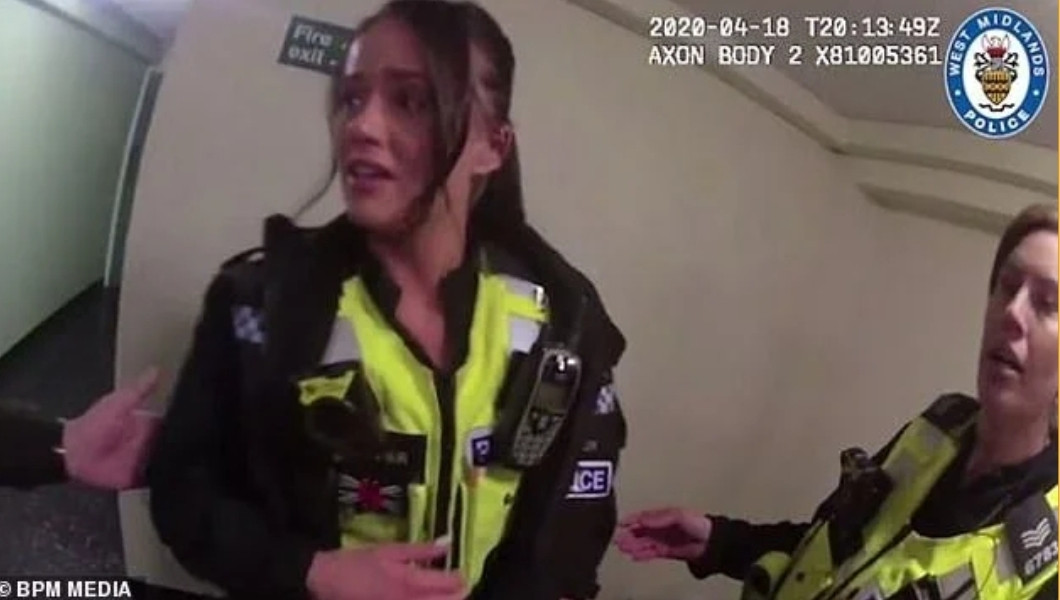 A visibly upset PC Napier can later be seen telling colleagues, ‘he got me in my eye, I’m alright, I’m just worried about coronavirus’ while they try to comfort her.

The force said in a statement that spit with blood went into the response officer’s eye, but despite the understandable safety concerns about Covid-19, she maintained her professionalism and has thankfully suffered no ill-effects.

Oritsejafor, who suffers from schizophrenia and is bipolar, was arrested in Attoxhall Road, Wyken. He was already on bail for assaulting another officer just weeks earlier, police said.

He has since pleaded guilty to two counts of assault on an emergency worker and a further charge of assault.

The 41-year-old has been remanded in custody ahead of sentencing at Warwick Crown Court at a later date, and now faces “a significant prison term”, West Midlands Police said.

Commenting on the case, PC Napier said: “As frontline officers, we know that we put ourselves in potential danger, but we now face the added risk of Covid-19 infection, which then also puts our families at risk.

“It’s a shock when someone spits in your face and very unpleasant, so I’m pleased the force and the courts take these assaults so seriously.”

Superintendent Jenny Skryme added: “It is vulgar and unacceptable to spit at anybody, but even more so a key worker who is putting themselves at risk to keep people safe and catch criminals.

“Our officers are bravely and repeatedly on the front line despite the understandable safety concerns across the country.

“This type of assault on our staff is deplorable and shouldn’t, and won’t, be tolerated.”

Author KelechiPosted on February 16, 2020
A Nigerian man simply identified as Wisdom is getting ready for a married life as he recently proposed to his Russian girlfriend. Wisdom, an...
Read More

Author KelechiPosted on February 16, 2020
Ibrahim Rufai a.k.a Deezell has sued his ex-lover and colleague, Maryam Booth for N10m after she accused him of recording and blackmailing her with...
Read More

Author betalensPosted on November 22, 2019
Earlier today, actress Mary Remmy Njoku, shared a photo on her IG page which didn’t appeal to many of her fans, as they all...
Read More

Author Beta Gist Naija StaffPosted on June 20, 2019
A statement by the Head of Service of the Federation, Winnifred Oyo-Ita, said: “The President of the Federal Republic of Nigeria, President Muhammadu Buhari...
Read More